Montagliani told the reporters that the major part of the tournament would be held in the USA, which have almost always been a host or co-host for the past 13 tournaments since it has started its journey in 1991. Since then only two of the finals have not been held in America, when Mexico hosted the 1993 and 2003 Gold Cup finals. In the 2015 edition of this tournament Toronto hosted some games in the group stage.

About the 2019 edition, Victor Montagliani said that he can’t see any single reason of any games are not hosted by other than US venues, where some infrastructure development measures have been taken place in different stadiums outside of America. 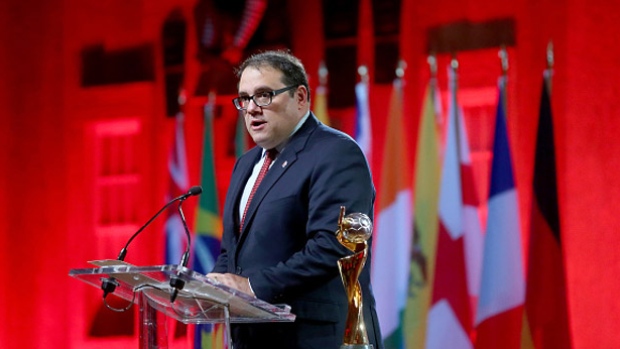 In an exclusive interview with ESPN FC he said that the development is always important to look at, but one have to be aware of the income measures also. And it is so much unfair to not have games in the other regions outside America. Be it in the North America, Central America or Caribbean.

He said that this is an important tournament in the football fixture, so it should be treated like an important tournament and the games should be played in several venues. But in term of that, at first the countries which want to have Gold Cup games in their stadiums have to develop their own stadiums to make it eligible for the tournament. Because it is not possible to arrange a Gold Cup match in a stadium with 10,000 seat capacity and without lights. That is not going to happen, He clearly confessed.

Victor Montagliani also showed some light of hope for the countries which want to host Gold Cup games other than the US that investing in the stadiums will be beneficial for them in some other aspects that they could get the chances to host some other CONCACAF events other that Gold Cup in those stadiums.

There are no Canadian cities those will host any games in this year’s tournament. But Montagliani said that there are chances for them to host in the 2019 Gold Cup if they apply to host games in that tournament and it is expected.

The CONCACAF president gave some good news that they are thinking of increasing the number of participants of the Gold Cup from 12 to 16.

He said on support of his statement that, he thinks that many nations more than 12 in the CONCACAF region play very much quality football that they have the quality to play in this largest tournament. So the lineup of this tournament should be expanded.

So, this is the perfect opportunity to give chance to more teams in this event.