Costa Rica’s biggest super star, their faithful man between the sticks Keylor Navas is set to miss the CONCACAF Gold Cup 2017 as his team also agreed to allow him to sit out. It will be a huge absentee for the World Cup quarter finalists. But after helping his team to earn a draw and a victory in the recent World Cup qualifiers, the number one choice, has been allowed to get some rests and won’t feature in the upcoming tournament.

The Gold Cup will kick off on the 7th July and will be hosted by United States of America. It will be the 7th major competition in the last 5 years period for the La Tricolors as they have made huge improvements in this period and even played in the quarter-final of the 2014 FIFA World Cup, were only beaten in tie breaker by the in form Dutch side. Navas proved to be the hero on that occasion and caught the attention from the big clubs.The former Levante man then joined the Galacticos and since then he has been brilliant throughout the last couple of seasons. Recently he has been highly praised by Los Blancos manager, the French legend Zinedine Zidane. 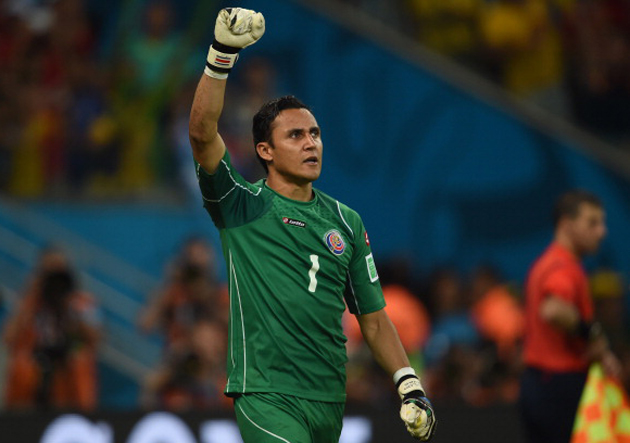 La Seles have been sensational over the last couple of years. They have featured in top quality tournaments like 2013 and 2015 Gold Cup, 2014 FIFA WC, 2016 Copa America Centenario and 2013 and 2014 Centroamericana. Keylor has been the first choice all the time, whenever he was fit but busy schedules and injuries cause something and that’s why the Costa Rican team management decided to rest him which he thoroughly deserves. Deportivo La Coruna midfield warrior Celso Borges will also miss the 14th edition of the Gold Cup along with the Real Madrid stopper. But the likes of Sporting CP Superstar Bryan Ruiz, Arsenal forward Joel Campbell, Sunderland full back Bryan Oviedo, Celtic’s Christian Gamboa have been called up in the squad by manager Oscar Ramirez.

Mr. Ramirez has declared a 26 men squad and selected 3 goal keepers in the list. LD Alajuelense’s veteran keeper Patrick Pemberton has been named as expected and will probably stand between the sticks in the absence of Navas. The 35 years old has featured in 33 matches for the La Tricolors. CS Herediano club’s Leonel Moreira, who had appeared in 6 occasions previously for his national team, got his name included. Deportivo Sarpissa man Dany Carvajal has sealed his place as the third choice in the list.