Crystal Palace manager Alan Pardew was furious in the press conference after his side lost 5-4 against Swansea City. Pardew blamed his defenders for this horrible downfall. He also indicates that he’s going to change a lot in the playing XI of the next game.

Winger Wilfried Zaha gives the visitors the lead on the 19th minute of the game. Things were in control for the visitors but Jason Puncheon gave away a free kick in the dangerous territory & Icelander playmaker Gylfi Sigurdsson grabbed the opportunity with both hands & levelled the scoreline in the 37th minute. The score card remain level during the halftime.

After the halftime Dutch footballer Leroy Fer scored a brace on the 66th & 68th minute to give the hosts a 3-1 lead. But soon the momentum shifted as The Eagles scored three goals in quick succession. The visitors got the 4-3 lead when their Belgian striker Christian Benteke scored on the 84th minute of the game. But the Swansea striker Fernando Llorente had the final say as the Spaniard scored twice in the stoppage time and sealed a thrilling 5-4 victory for the club from the South Wales. 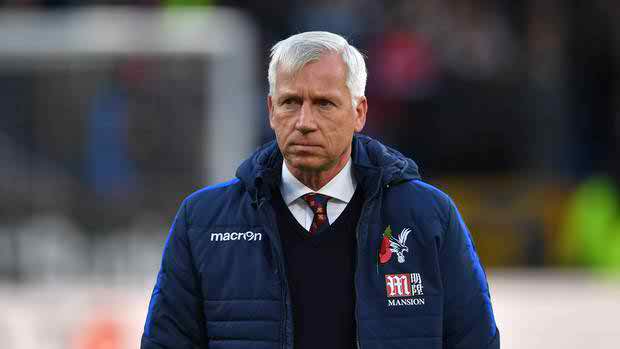 This is the 6th consecutive downfall for Pardew’s side & the Englishman is facing criticisms. The Eagles are currently ranked 16th in the league table with only 11 points from the first 13 games. 18th placed Hull city also has the same number of points but Palace is in higher position because of the better goal difference than West Ham & Hull city.

Palace forward Conor Wickham’s injury is another news of woe for Pardew & the fans as the striker was forced off with an injury and was taken off the field on a stretcher. Although Pardew couldn’t confirm the length of the injury before Sunday’s report arrives, the injury seemed to be serious. Pardew also believes that the injury made an impact on the game which helped the rivals.

Pardew also blamed the referee as he firmly believes that the free kick which was converted into the first goal for the hosts by Sigurdsson was gifted by the referee to the opposition. Pardew thinks that this error of the officials shifted the momentum in favour of their opponent.

The 55 years old tells in the post match press conference : “For us it was a game that we defended so badly at times in set-plays, something we talked about and worked on and I feel aggrieved about that. Particularly when we take the lead 4-3 there’s no way we should concede those goals and I’ll have to look to make changes there.”

The former New Castle manager continues to speak, “Unfortunately we let ourselves down defensively. You can’t score four goals away from home and not win. That is just not right. Four of their goals are from set-plays, we have got to be better than that. I’m going to have to make changes I think.”

Crystal Palace manager’s frustration is understandable as his team hasn’t win a single premier league match since September 24. On the contrary, Swansea City’s manager Bob Bradley was delighted with his first win in charge of the club & described the victory as Extra-Special.