Adelaide Strikers former coach Darren Berry has signed as the assistant coach for Sydney Sixers. Last season Berry led the Strikers in semi-final rounds but unfortunately they were lost by Sydney Sixer.

Berry announced that he has signed for the Sixers. The most interesting news is that this Sixers was eliminated Berry’s team from the last season competition and became the semifinal round winner. 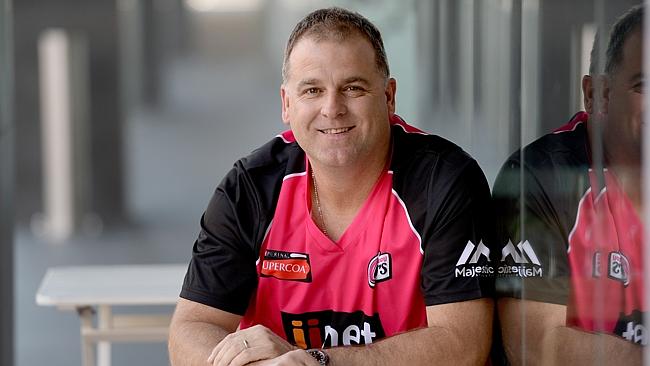 Berry was very excited to join with Sixers and he was also eager to reignite his contribution with the high-strategy T20 format. He said that his passion is cricket and he would like to coach. He also said that T20 format is always loved by him.

The 45 years old told about his feeling when Greg phoned him and offered him to join on board. Berry thought it was too good to miss and he immediately agreed for that. He believes that it was a talented list,which gave him chance to learn some different coaching system.

He said here all is professional nothing is personal. He thinks as a coach it is natural to learn new tricks and ideas always and he believes by workings with Sydney Sixer he would learn more things.

Darren one of the most successful coach and the time of IPL competition he improved the Strikers into the highly competitive monad. Berry will join in Sixers side after first half of December to campaign for 6 week.The squad has included Test skipper Steve Smith, Josh Hazlewood, Mitchell Starc, Brad Haddin, Moises Henriques, Nathan Lyon.

Moving to Sydney site Berry will get together with spinner Johan Botha once again. Johan Botha was last season skipper of Adelaide Strikers. This season he also signed for the team sixers.