West Ham goal keeper Darren Randolph had a very much mixed day at the office on the Sunday evening. He faced different kind of situations and seen both the part of the luck at the very same game. He became zero to hero for the Hammers against Liverpool.

West Ham United met English giants Liverpool in a premier league clash on Sunday Evening. The game ended 2-2 and the teams got one point each. But after the game visitor’s Irish keeper Randolph has come under the limelight. The 29 years old had different types of feelings after the game. He made mistake in the opening minutes of the second half and Jurgen Klopp’s side scored the leveller.

The hosts got the lead with an Adam Lallana strike within the opening 5 minutes of the game. French superstar levelled the game for the Hammers on the 28th minute of the match as he scored a free kick from 25 yard distance. It was his 3rd goal of the season for his club. English man Michail Antonio gave the visitors lead on the 39th minute of the game. The first half ended with 2-1 advantage for the Hammers. 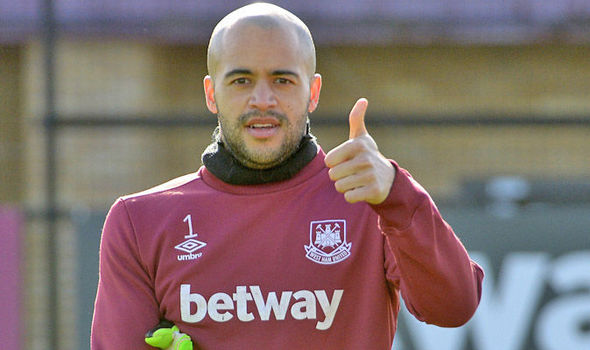 On the starting of the second half, West Ham goalie Randolph dropped a Sadio Mane cross and the in form Liverpool striker didn’t make any mistake as he had utilized the given chance very well and levelled the line for Klopp’s side at the Anfield. The blame was directly indicated to the Ireland international.

Liverpool dominated the second half but failed to score any more. Randolph denied Liverpool from taking 3 vital points when he saved an absolute stunner when Liverpool captain Jordan Henderson tried his luck from 30 yard distance which was quite a similar shot to his stunner against Chelsea this season. Randolph managed to turn the shot behind for a corner & denied the home side two certain points. Randolph’s breathtaking save earned his team an important away point against such a strong opponent.

Randolph is actually considered the 2nd choice keeper for Slaven Bilic’s side as Spaniard goalie Adrian is considered the first choice. He was under pressure after conceding the 2nd goal by his own fault but soon recovered from that and produced a decisive save. West Ham is currently on the 17th position in the league table after getting only 13 points from the first 15 league matches. Klopp’s Liverpool is in the 3rd position with 31 points from very same number of games.