West Indies Cricket Board (WICB) chief Dave Cameron is in Bangladesh to discuss about bilateral series between Bangladesh and the West Indies. According to reports Cameron is here to watch the progress of Bangladesh Cricket team and they’re also discussing to Bangladesh cricket board for a cricket series.

Sunday the Chief has presented at the Sher-e-Bangla National Stadium to watch BPL match. He has enjoyed much and that time talk to TV commentators. With their conversation, at a time he expressed the reason why he visit to Bangladesh.

He mentioned that he being in BAN as a guest of BD Cricket Board. And to being here is a big reason that what he actually wanted. His prime cause of being here that to find out the progress of Bangladesh cricket.  All knows that Bangladesh is not the same team that they were in past. They have improved their performance and still improving day by day. 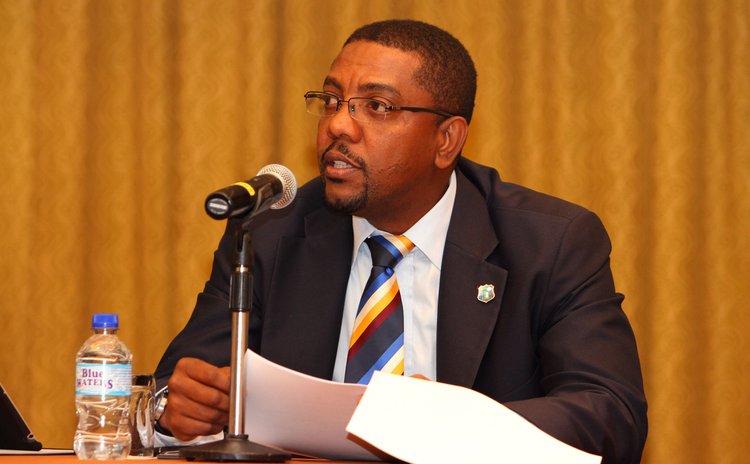 Once there was a time every team ignored them but now tigers considered one of the hardest team.

Actually the boys are very talented but the thing which they needed a good guideline. If they get a good guideline like the best team India, Australia, South Africa, they will also warm up the performance.

If we see the last two years performance of the team, it will be sees clearly how he passed the time. They got many success in the period. To see the last performance WICB president is very impressed. The team has a great way of progress. And for that West Indies cricket team wanted to play against them on the ground. Dev mentioned that they don’t take them lightly particularly they in the fear with the Tigers.

Since taking the responsibility of West Indian Cricket in 2013 Cameron has been criticized for various reasons. He Gave birth to a lot of controversy. But has the good relation with the other teams and they wanted to keep the relation in ever. At present he wanted to build relation with BD Cricket.

He told that He always had a good relationship with the country. Not only BAN, WI cricket forward is important to keep good relations with everyone. So he interested to set a series between the team.

At present tigers busy for New Zealand series and they concentrate to the game. Possible after the series it can be said something about the that. BCB yet not said whatever the matter. But soon the bilateral taken place between the team.