Zinedine Zidane would remain in Real Madrid side this summer, after even losing the La Liga competition against Barcelona. David Beckham admitted that not only La Liga, if the team unable to win the champion league title, his former teammate should stay on the post of head coach.

The team who recently finished a final in La Liga competition which is grabbed by Barcelona finally, going to face one more final event against Atletico Madrid in the Champions League. The grand finale date set on 28th May, where the Madrid need stability and continuity, Beckham told on a Spanish magazine Semanal XL. He thinks if Zidane continues for some more time, the boys of the team will be welly maintain as he maintain right now. 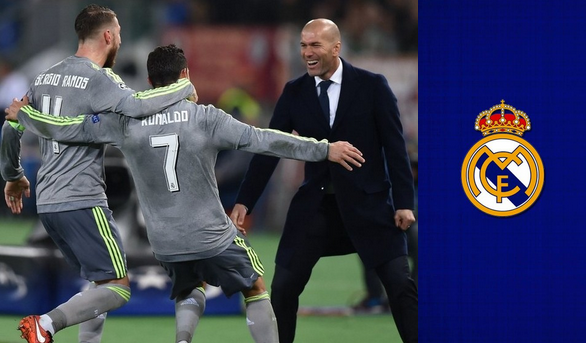 On the statement he also mentioned that Stability is the key of success in case of business. Though the sentence does not match every step of life but in case of ground and business it regarded hundred percent true. He admitted that Zidane will stay till 2018 contract.

The former midfielder also mentioned that the coach was not only his great friend also a passionate person about football as well as Real Madrid that he had met in ever.

Becky admitted that he had not born to coach but Zizou always dreamt for that. Zizou won anything in his career as well as the best player award in the world along with some more respective award.

He thought Right now the Real should be happy with Zizou, because last five years The Real achieved the great experience and shown a eye catching performances on La Liga final against Barca but unfortunately lost the game.

Zidane join at the Real side as the assistant of  Carlo Ancelotti’s in 2013, while the club won the Champions League contest. In January, 2016 he elected as the team head coach. Real have not able to win La Liga trophy since 2011-12 season, where Barcelona have been consecutively won the sixth league title on last Sunday.

Beckham also mentioned about the Barcelona team and conquered Barca as the monster team for their well thought-out as well as set of the team. By talking about Barca star Messi he termed that Messi is an alien who comes from some different planet who is enough for the club. The team also included some more star like Neymar Jr and Suarez.

Club president Florentino Perez is a good person and always think better about the club. He looking forward the world best footballer on their side as like Cristiano Ronaldo but it is too tough to get experience player like him. If the the club have not appointed some extra-ordinary player for the club, the future of the club will be doubted.  _ mentioned Beckham.

On the answering question who better between Messi and Ronaldo Beckham strongly rebuffed the matter and replied that they both are unique as Zizou was on his time, they both are consisted the quality of marking area where they highlighted their diligence and desire to do better. At last he finished with that they both wanted to be the best and that quality kept them top than others.