David De Gea who has been the stand out performer for Manchester United in the previous couple of seasons and arguably the best player of the squad in recent years will not feature against Belgian side Anderlecht in his side’s vital UEFA Europa League quarter-final first leg match. It is a major blow for the Red Devils as he is their number one choice between the sticks and will be badly missed in such a big encounter. The Spaniard is one of the best goal keepers in the world and arguably the best in the English Premier League and he adds an extra power in the line up. The former Atletico de Madrid stopper has been sensational for the most successful club in the Premier League’s history throughout his career and also the suitable successor of the likes of Peter Schmeichel, Edwin Van der Sar. 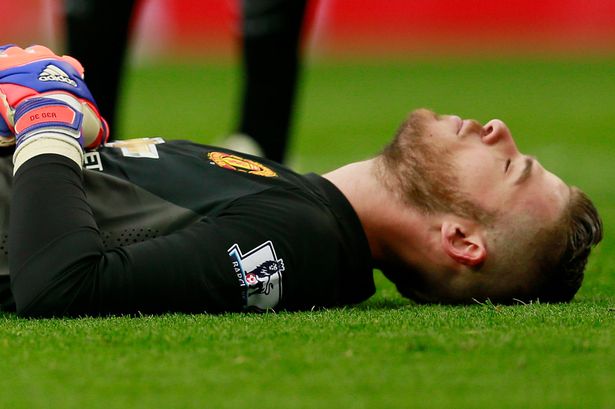 The 26 years old’s numbers as an united goalie has been impressive and incredible. He has appeared on 39 occasions this season and the second choice keeper, the Argentina international Sergio Romero, who is set to feature on the Thursday has just played 12 games for the Old Trafford based club this season. Romero too is a world class goal keeper and the very first choice of the Argentina national team. He took his team to the FIFA World Cup 2014 final at Brazil by saving a couple of Dutch spot kicks in a thrilling semi final clash against Nederlands. So the 30 years old will be given the big responsiblity at the Constant Vanden Stock Stadium.

Romero will be in good charm as he just kept a clean sheet against Sunderland at the Stadium of Light in the very last weekend. He saved a couple of good ones during that 3-0 victory over the Black Cats. Jose Mourinho also gave hints that Michael Carrick will start and he won’t make a lot rotation as there are not too many options left as many of the squad members are injured. Antonio Valencia is expected to be fit and will come in place of Italian full back Matteo Darmian. In form Swedish forward Zlatan Ibrahimovic will be the key for the visitors.

Possible Formation : The Special One might go with the 4-3-3 formation.