Manchester City superstar Kevin De Bruyne reveals that Pep Guardiola won’t change his style of playing despite the recent downfalls and criticisms. Man City has lost two games in a row recently before managing a win against Watford in their latest premier league games. The 45 years old manager has been criticized for the recent performance of the Citizens as they have failed to make any good impacts. The current poor run of form has costed them a lot and they are currently on the 4th place in the league table. The Sky Blues are clear 7 points behind than the table topper Chelsea.

The Belgian play maker faced the media and expressed his thoughts about the team and the manager. He says to Soccer Saturday when asked, he thinks that Pep Guardiola is a good coach. According to KDB, Pep has a different view than most of the peoples, especially in England. KDB adds that, Guardiola has a different playing style than the other coaches and teams in the EPL. Although people are trying to criticize the Spaniard or advising to change the style of his playing but that won’t help certainly as the former Barcelona manager is not going to change his view, his style, the Belgian told. 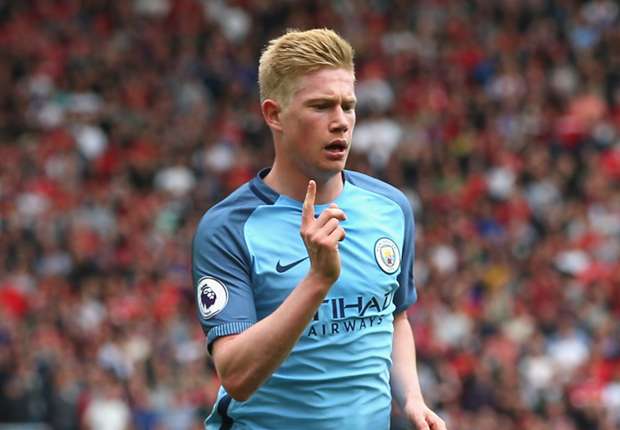 The 25 years old continues to speak that people tells his manager to change but whatever his manager is doing, is good and is positive for the team and they are no where near to change their tactics soon. The former Genk midfielder thinks that their style is really very good and he has no doubt that they will be successful.

The former Chelsea player insists that their style of playing is very dominating and he thinks that the style is good both offensively and defensively although it is quite dangerous as the pressing always goes on and mistake can be costly anytime. But he also adds wisely that this type of play will certainly help them in the long run.

The young Belgian moved to Man City last season from Bundesliga side Wolfsburg. On his debut season the 25 years old featured in 41 matches and netted 16 times. This season he has appeared 21 times for the Citizens and managed to score thrice.

On the contrary, this is the very first season at Man City for Guardiola. Before managing city, the former Barca midfielder has managed Barcelona & Bayern and won the league titles with both the teams. He also helped the Catalans claiming two UEFA Champions League titles and is considered as one of the best managers in the football world.