The Magpies spent a very busy time in last summer transfer market and they almost signed eleven players that time. United States defender DeAndre Yedlin was one of the most strong addition of them who was bought from another English giant Tottenham Hotspur as their ninth addition. Toon boss kept his eye on him since the beginning of the last transfer season but able to land him just a week ago from the deadline. He signed the United States right back for upcoming five years and they spent for him almost £5 million. This player would be a very potential addition for their defensive line because he able to play either right back or wide midfielder as well. However, Spurs recruited him in 13th August, 2014 but not planning to use him but to let him leave the club on loan in last season. Yedlin spent his last season on loan with Sunderland where he made 23 Premier League appearances, He yet to make just an appearance with Tottenham. Tottenham sold him because they already possess a plenty of alternatives of him and Spurs boss Mauricio Pochettino did not want to waste the player to keep him on the sideline. So, when he heard about the proposal of the Toon. He thought that it would be good opportunity for the player to build his career. An with Newcastle, he can get chance to play in EPL also. 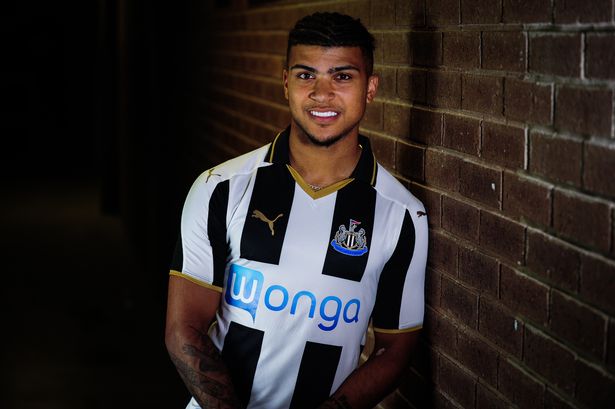 Beside, Spurs bought Kenyan defensive midfielder Victor Wanyama from Southampton earlier the summer transfer and through him, they strengthen their backline. So, it seems that since then, the United States international was outnumbered. Though, he back from Sunderland after the end of his loan period, he thought that he could get chance to play with the first team of the Spurs instead of sideline. But he was wrong. So, he looked happy to leave the White Hart Lane. Besides, with the Toon, he has already started Premier League season with their first team squad and made five league appearances and netted one time so far.

23 years old youngster of United States spent his youth career with many clubs and among them Seattle Sounders was the best. Then he moved to his college career with Akron Zips in 2011 where he made 45 appearances and found the way into net once. Before joining with the Seattle Sounders first team, he had to play with their secondary teams also. He made almost 56 appearances with Seattle Sounders and scored one goal. Tottenham was his second professional club but now he just wants to focus with Newcastle United. He is playing with the USA national team since 2014 and till now made 40 international appearances with them.