Dhaka Dynamites the defending champions who will be on a mission to defend the BPL trophy, have made a strong team with so many big names from the country and from overseas. Where all the teams are quite balanced, Dhaka has actually build up an overbalanced team on pen and paper. They have attracted so many big names of international cricket. Dhaka has signed the likes of Sri Lankan legend Kumar Sangakkara, Australian all rounder Shane Watson, Pakistani super star Shahid Afridi, new caribbean sensation Evin Lewis, Pakistani star pacer Mohammed Amir, West Indian T20 specialist Sunil Narine. Dhaka has also brought in English top order batsman Joe Denly, South African opener Cameron Delport, Zimbabwean skipper Graeme Cremer. Power packed Jamaican Rovman Powell also joins the team from the capital city of Bangladesh and he will be accompanied by his Caribbean team mates. Pace bowling all rounder Kevon Cooper who played for Khulna Titans, has moved to Dhaka along with seamer Ronsford Beaton and spinner Akeal Hossain. 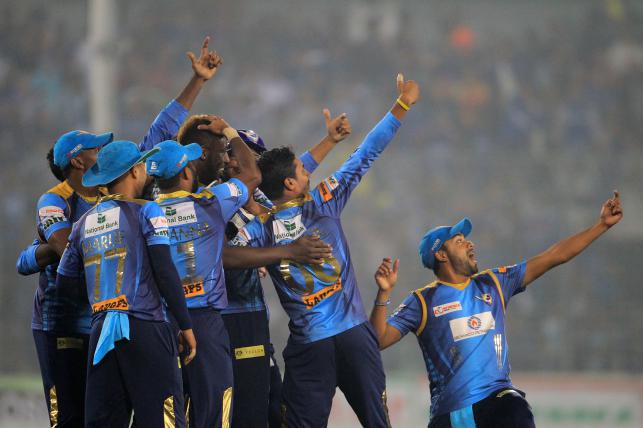 Now with so many overseas options, Dhaka just can play 5 foreign players in a game. So only the best 5 foreigners would be picked and the others would have to sit out on the bench. It is not going to be a easy decision for the team management. The selection among the players from the Bangladesh, won’t be a tough one. Shakib Al Hasan, the icon and also the team captain would be the most vital player for the side. Some other confirmed players are (neglecting injuries) all rounder Mosaddek Hossain Saikat, opener Mehedi Maruf who was very consistent in the latest campaign, fast bowler Mohammad Shohid. The other probale options for the remaining spots would be seamer Abu Hider Rony, wicket keeper batsman Jahurul Islam, powerful batter Nadif Chowdhury and spinner Saqlain Sajib.

But it would be very interesting that the Dyanmites team management picks which players for the foreign quota. It is likely that in form Evin Lewis will be automatically placed in the playing xi for sure. Sunil Narine, the spinning maestro who has also improved his batting skill is another almost certain option. The three veterans Shane Watson, Shahid Afridi and Kumar Sangakkara might occupy the other 3 positions. If it happens this way then Mohammad Amir might sit out and if the Pakistani swing king gets his game then any one of the experienced 3, would miss the game for the day. It can be said that it would be very tough for the oppositions to handle Dhaka.