27 years old, Spanish national team football player Diego Costa is currently playing for English professional club Chelsea. But, few days back a rumour has spread out that he would probably leave the Stamford Bridge to return to his former club Atletico Madrid. But the Chelsea boss Conte has rejected that possibility and announced that there is no chance to leave the Blues due to Chelsea has good relation with Costa and he is also wants to stay with them and happy with it. Conte also stated that Costa is working very hard and prepared himself for next season of Chelsea.Chelsea boss also conclude that he is a fantastic and important player in Chelsea would perhaps scores more goal in next season. 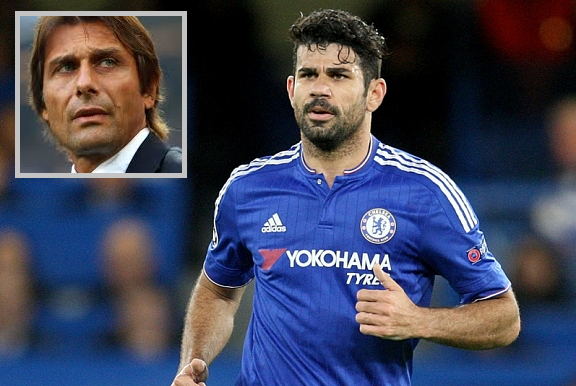 The Spanish Atletico Madrid were keen to collected him since the beginning when he reached at Stamford Bridge in 2014. Costa played for this Spanish giant six season which was divided into two spells. While playing with them, he made 94 league appearances and achieved 43 goals so far. Due to his remarkable performance, Atletico has taken desperate move to pursuit him but the Blues are not ready to give him yet where Costa has still three years contract leaf. Chelsea bought him in 1st July, 2014 with a five years agreement for £32 million where £150,000 per week. Having signed with them, Costa declared that he was very happy to join this such kinds of big club.

Though, he was a Brazilian however started his club career with Portuguese Braga in 2006 and then loan to Penafiel before he was contracted with Spanish Atletico Madrid in 2007. Later, he was again loan to Braga, then Celta and then Albacete. He played for Real Valladolid for a season and later he was sold to Atletico Madrid again in 2010 with an undisclosed fee. In the meantime, he was also loan to Rayo Vallecano where he played 16 appearances and scored 10 goals. In 2014, Chelsea recruited him for five years.

In two season with the Blues, he has made 54 league appearances and scored 32 league goals. Due to his extraordinary performance in the Stamford Bridge, team Atletico wants to collect him once again.

But, the Blues does not want to lose him so, they are ready to fight over Costa issue. Atletico has placed €60 million bid and Diego is also keen to leave Stamford Bridge but in that case, Chelsea has officially warned them not to make any renewed proposal to him.