Diego Costa is currently under contract with English club Chelsea where he signed a five years contract with them which was confirmed in 15th July, 2014 in spite of £32 million for a buy out clause. After the agreement was made, Costa stated that he was very happy to play with Chelsea. The Blues is a very high quality club, he also added. But now, it seems that things have somewhat changed.

Now, this Spaniard wants to leave Chelsea and head back to his previous club Atletico Madrid, according to the report. The Mattressers are also keen to get back their previous striker where they have placed a £40 million bid for his services. 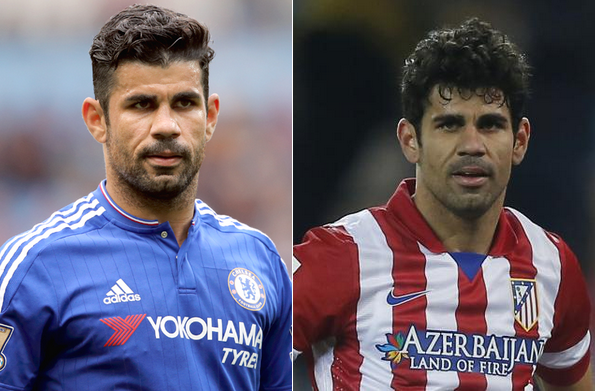 Though, there are still three years contract left with Chelsea but Costa is desperate to leave them due to he is not comfortable with them. But the Blues always insisted that this Spaniard was happy with them and fight for themselves but Costa has now revealed the secrets that he wants to go and based on his decision, Spanish club Atletico Madrid has made their move already to collect him.

Though, he was a Brazilian by birth and also made his debut for Brazilian national football team and played for them two matches but later he moved to Spain and become one of their most inseparable player. Since 2014, he joined Spain national football team and already played ten matches and scored 1 goal. His club career is too colorful. He played for many clubs along with Braga, Chelsea, Atletico Madrid, Celta and so on. But permanently he played for four clubs. First he made his debut with Braga in 2006. His most brilliant performance was for the Mattressers where he played 94 matches and scored 43 goals. Next, the Blues was keen to collect him and also he was happy to go Stamford Bridge under the guidance of Antonio Conte.

However, he wants to leave Stamford Bridge as soon as possible. So, £40 million bid has been placed for him and now both two clubs are set to discuss about this matter. Chelsea boss Conte is waiting to close the deal with Marseille striker Michy Batshuayi in spite of £33 million and after that he is planning to leave Diego Costa. He also thought that if Diego will leave then the Blues will need another striker to sign. So, now it is their main priority.

This 27 years old Spaniard has played for Chelsea 54 matches and scored 32 goals since the arriving. But now he just wants to leave them peacefully.