Once again Diego Maradona wants to be coach of the Argentina football team. According to the reports, the defeat of Argentina against Nigeria could not be accepted by the former coach of the side. That’s the main cause why he so desperate to join the side once more.

In Russian Crossroader on Tuesday night his team and Nigeria met for a friendly match. Actually it was a preparation match between the two sides ahead of the WC championship. At the first seen Argentina went ahead by two goals in the match. But just before the break the opposition team made a goal. After the second half along with three more goal the game finished with 4-2 score. 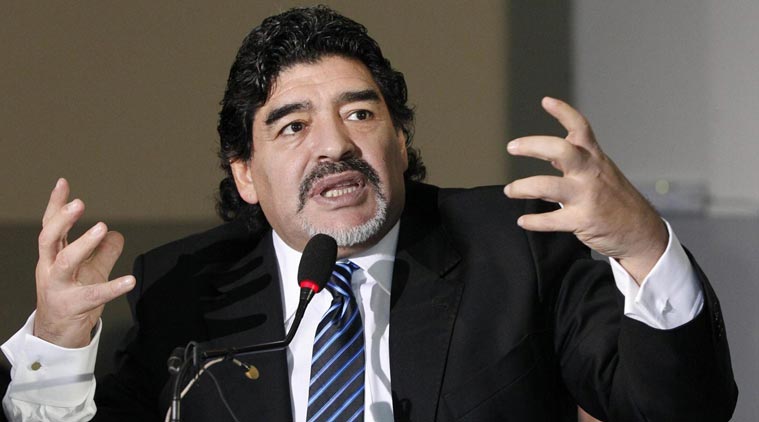 The fans of the side think that the cause of the losing game only for their key player Lionel Messi. Without the Barca star football Argentina really helpless and it’s proved once again.

Maradona, the former Argentine player and coach, can not accept the defeat of the successors. Under the former coaches, he has posted a series of victories and defeats of the team in Instagram and once again expressed the desire to become home coach this World Cup winner footballer.

The series shows what happened actually the previous years. In the fact the table clearly shows that Maradona became the most successful coaches Argentina team since 1970s.

Under Maradona, Argentina won 18 of the 24 matches, and rest six were lost. If we calculate it according to percentage and the success rate is 75 percent. In 2010,  the side withdrew from the quarter-finals from the South Africa World Cup tournament.

Gerard Martino, standing second position in the list with 74 percent success in 29 matches. And Alejandro Sabella, who took the side in the last World Cup exist in the third place with 72 percent success. His attempt was so cool but unfortunately the team could not achieve the trophy. But to play in the final after 24 years later is not simple matter for the team Argentina.

On the other hand Alfio Basile and Marcello Billesas are jointly placed in the fifth place with 70 percent success. They both were also good for the side.

Maradona wrote in the statement that who became more successful. The 57 years old became very angry because he think the others are ending their dignity. He believes that  players are not responsible for this. It’s totally depends on the team manager and for that they wanted to return in the side.