Indian Injured wicketkeeper Dinesh Karthik very disappointing to miss the opportunity of playing in Mohali. At present he is linked with Tamil Nadu local team, He becomes one of the most experienced batsman of the team. But his unconscious injury snatched his golden opportunity to play Mohali Test for India.

As we all know about the injured Wriddhiman Saha. But the little finger injury of kartik ruined all things. Kartik was very disappointed when he came to know the board selectors choose Parthiv Patel for better wicketkeeping experienced.

Dinesh expressed to reporters that he is very disappointing not to play in Mohali. He mentioned that when the opportunity come to play for India team it’s really awesome but when anyone got injured that time it’s totally embarrassing. 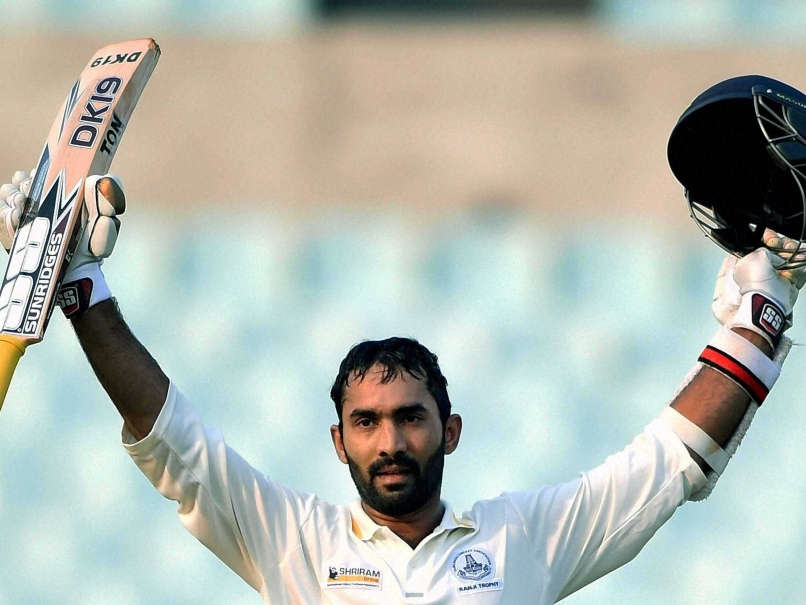 It is also known to him about his injury how he got that.  He was injured in first match in Ranji Trophy against Mumbai. The doctors advised him to take break for a while. Doctors also warned him if he had not take rest he would have a stress fracture. That’s why he agreed to take rest according to doctor’s advised.

Then the Keeper tightly padded his little finger and sidelined for next game. But there had no improvement in his finger, even it became mort hurting and painting. So not waiting for fourth match he was sent from the competition. It is considering by taking rest two or three weeks he would be all right.

At present Kartihk is very concerned about his contributions as a wicketkeeper. He has been working with Sameer Dighe since a long period and he mentioned that the camping helping his keeping skill.

Actual Keepers have the ability to judged a lot like umpires. It is a big responsibility. Many things depend on it.  So to be established in the right form a wicketkeeper need to be more conscious. Karthik is trying to getting chance in India national team. For that he gave his best to select in next opportunity. He would not want to lose such a golden opportunity in his hand.