20 years old Englishman Dion Conroy has completed his move to Aldershot Town from the Blues to spend a half season long loan period which will valid till January, 2017. He is a most promising defender in English team but yet to find himself to the first eleven in the Blues though, he arrived at the Stamford Bridge in 2008 from just another English club Fulham. Though, he did not make any single appearances with the Pensioners but participated in their under 21 Premier League competition where he made almost 34 appearances in 2014/15 and 2015/16 seasons and able to make a solo goal there against Norwich in last February, 2016. He was also in the squad of 2012/13 FA Youth Cup final where he helped them to win the title. Later on, he made an extension deal with the Blues which will last in June, 2018. 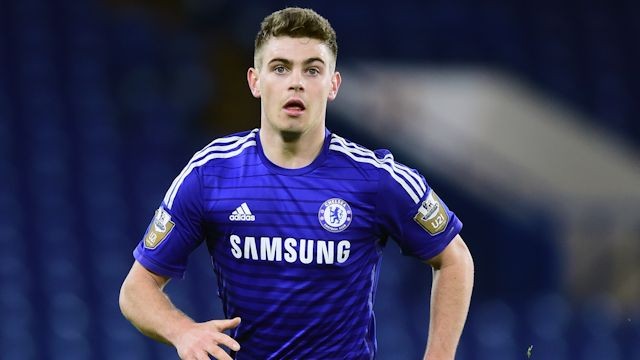 Though, he has not debuted with the Blues yet but to get opportunity to regular with the under 21 team squad of the club in last two season. Now, he has headed to the fifth tier league club Aldershot Town which has finished their last National League season with 15th in position.

If we consider the last season performances of the Shots, they received too many goals due to their back line formation. So, since then, their coach Gary Waddock was looking forward to solve this problem and wanted to recruit a skillful defender in their squad either buy or loan. They kept search but due to shortage of amount they failed to afford much to land best one in their squad. So, when the heard of the Blues defender, they taken a certain step to tie him and they succeeded.

About the new destination of the Englishman Dion Conroy, he stated that he just wants to be a part of regular team where it is not the main fact that which team will he play for. He wants to test himself by playing with the fifth category club. He knows that he is a good defender and able to perform well. And he also would like to play with the Shots and he cleared that he can not wait to start playing with them. Now, he is looking forward to the Shots next match which will be staged in next 10th September, 2016 against Chester. Though, in their last match, he was substitue and given assurance to field in next competition.