Football is a funny game, isn’t it? Yes it is. There is no guarantee and certainty of a football match before the final whistle is blown. That’s why it is called the most beautiful game in the planet and it is the reason of the high popularity of this game. Football fans have seen so many miracles and magics on the pitch over the years and the miracles continue to happen. UEFA Champions League is one of those best tournament where we see miracles quite often and that has made this tournament the biggest club competition. Just like Liverpool’s historical comeback in the final against Milan, there have been a plenty of examples that we’ve seen throughout the last couple of decades. 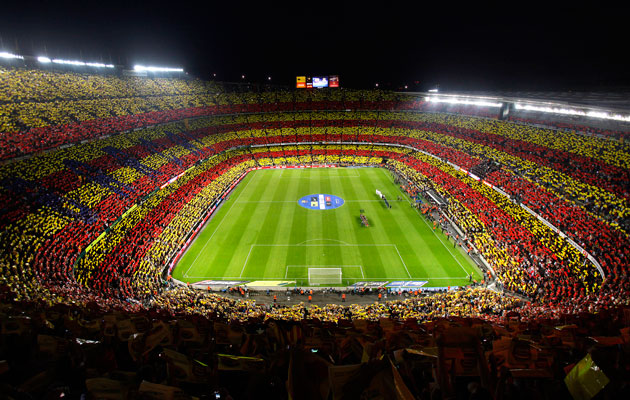 FC Barcelona, the Spanish giants who are considered as Europe’s best team in the last decade, has displayed the best ever comeback in UCL history just in the last month against PSG at the Camp Nou as they came back from a 0-4 situation in the first leg to win the second leg with an enormous 6-1 margin and that let them qualify for the quarter-final stage but according to the most of the pundits, the Catalans can’t repeat this on this occasion against Juventus.

Barca did quite similar, a few seasons ago, when they won the second leg against AC Milan after having faced a 0-2 defeat but then they faced a heavy 0-4 downfall against Bayern Munich at the Allianz Arena and were thrashed by 0-3 margin once again by the Bavarians at home in the semi final round and the pundits think that the Blaugranas will have to be at their ultimate best to beat the Bianconeris with at least 3 goals margin on the second leg as it is tough to beat the Zebra’s defence more than thrice in a game as it consists of with the likes of Italian duo Giorgio Chiellini, Leonardo Bonucci, former Barca defender Dani Alves etc.

So the MSN and co will have to give a very big and tough taste and will have to be at their very best at the camp Nou. It is never impossible for a team like Barcelona who has done the impossible, possible before and are capable of destroying any defense at any time, but it will be the fact, how much clinical they can be under the huge pressure. But if Lionel Messi gets upto his best, you just never know!