Bundesliga, the top tier league of German football, which has been labelled as the one horse’s race because of the integral dominance of Bayern Munich. The Bavarians are looking for their 27th German league title which will also be their 5th consecutive Bundesliga title in the last 5 season and still leading the league ladder with a pretty much safe position. With 25 rounds having completed and with just no more than 9 to go, the most successful club in Germany’s history are clear 13 points ahead of the 2nd placed RB Leipzig. Carlo Ancelotti’s lads have tasted just a single defeat in the league in this ongoing campaign.

Doesn’t matter any team can match the Champions or not, but in another fact, someone from the other club has overtaken the best man of the Bayern side. Yes, you’ve got it right. Talking about Pierre Emerick Aubameyang, the Borussia Dortmund striker has overshadowed his former team mate Robert Lewandowski to top this season’s highest goal scorers’ list. The Gabon international has scored 23 goals so far in this competition and also has 1 assist beside his name. The 27 years old has played 2028 minutes so far and have taken no more than 88 minutes to score each goal. 49 is the number of his shot on target which is 65% of his total shots in this ongoing campaign. 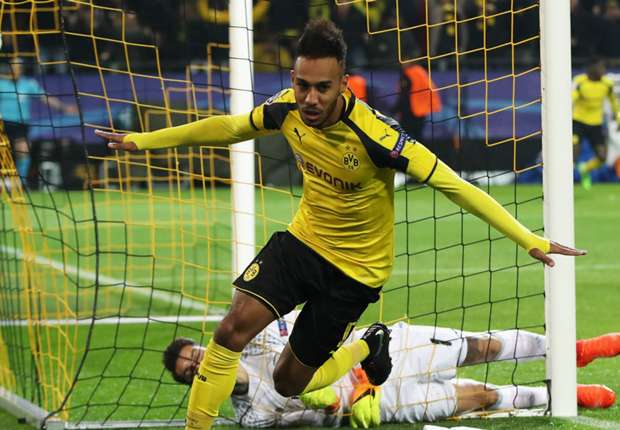 FC Koln’s Anthony Modeste is in the 2nd place with just a goal less than the Gabonese and has taken 99 minutes to score per goal. Bayern Munich’s Polish super star and the main rival of Aubameyang is currently at the 3rd position with 21 strikes so far but has the ability to change the equation within a couple of minute and if you don’t agree just ask it to Diego Benaglio who have the experience of conceding 5 goals within 9 minutes against the Polish captain. The 29 years old also directly helped his team mates scoring 2 more goals.

Although there seems a tough battle between the top 3 scorers, the very next one is 7 goals behind than the 3rd placed Lewy! Yes, you’ve heard it right as Leipzig’s Timo Werner is occupying the 4th place with 14 goals.Hertha BSC’s Vedad Ibisevic and TSG Hoffenheim’s Sandro Wagner are the joint 5th top scorer as each of them have netted on 11 occasions till date. Bayer Leverkusen attacker Javier Hernandez and Werder Bremen’s young gun Serge Gnabry are following them with 10 strikes apiece. Wolfsburg forward Mario Gomez is breathing behind their necks with 9 goals beside his name.