Borussia Dortmund will be locking horn against Tottenham Hostpur on the Tuesday night as the two UCL giants has been scheduled to play each other in a vital continental clash. A win will seal the top place of the group for Tottenham. The German heavyweights will host their English counter parts at their fort, Westfallenstadion. It is going to be a real test for the visiting side who are in great form and are yet to taste a single defeat in the European arena this season. They have gone past the likes of Real Madrid and Dortmund, quite easily in their latest outings in the biggest club competition of the Europe, meanwhile the German side has been struggling a lot in the recent times. They hadn’t won any game in the Champions League so far and are going through continuous downfall in the Bundesliga recently. 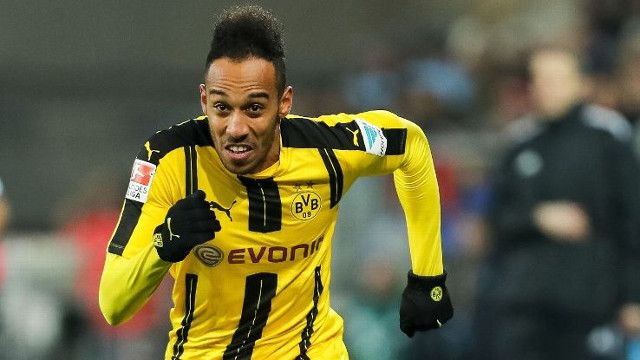 But a good or in fact a great news has been revealed for the Black and Yellow fans right before the game night as their manager Peter Bosz has confirmed that their super star forward Pierre Emerick Aubameyang has been included in the squad which will play against the Spurs. The Gabon international was recently suspended due to join the training session lately and didn’t feature in his team’s league defeat against VFB Stuttgart. He is the one, who has been the consistent performer of the side and is among one of the top scorers in the Bundesliga in this ongoing campaign. Although there is a very little chance of moving into the next round for them, they will certainly try to occupy the third position to book a place in the UEFA Europa League.

On the contrary, there are a some big injury concerns for the Spurs manager Mauricio Pochettino. Their two biggest stars Harry Kane and Dele Alli were taken off during the away clash against Arsenal due to the injury. Kane has been suffering a knee problem and Alli has got a hamstring injury. They missed their international duty for England, earlier in the last week. Both or at least one of these two players, will get a rest, perhaps as another important EPL clash is just days away. South Korean forward Heung Min Son and Spaniard Fernando Llorente are the potential replacements of the duo. Belgian defender Toby Alderweireld and midfielder Victor Wanyama will also miss the clash due to hamstring and knee injuries respectively.