Chelsea the current English Premier League title holders who will visit the King Power Stadium on Saturday afternoon have got a great news ahead of the clash. The fans would be cheering as their head coach Antonio Conte has revealed that his trump card Eden Hazard is now fit enough to be included in the Blues squad after quite a long term injury blow.The Italian faced the media on the Friday before the Leicester City clash and talked about his team and was jubilant to inform that his main man is now set to back to the field.

The Belgium national football team captain suffered an injury during the final weeks of the last campaign and the reports informed that the fracture in his ankle, would keep him out of the field for about 3 and a half months and it saw him not to start for his side in their title defending campaign. The winger is yet to play his maiden game of the season for his club and missed all the three previous encounters for his side. Finally he was back for the Belgium national team on their 9 goals’ epic victory over Gibraltar but is yet to wear the Blue shirt this season. 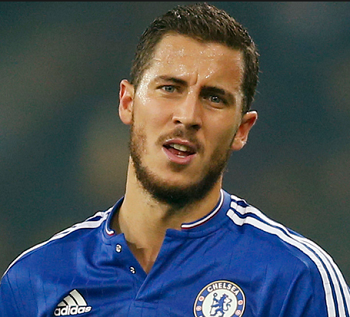 The 26 years old is expected to get his maiden cap of the campaign on the Saturday afternoon when the Blues have been scheduled to visit the King Power Stadium to play the 2015-16 champion Leicester City. The Blues’ Italian manager said that his big gun is now fit and ready to fire. He applauds the number 10’s all the hard works to get himself ready for the clashes. He labelled himself available and adds that he is now a part of his playing squad.

The former Italy coach believes that his lad has improved a lot. He thinks that it is very important to pay attention to the recovery of a player after undergoing a surgery due to an injury and he will look after that. The former Losc Lille forward have been described as the most important player for his club by his manager and Conte didn’t forget to add that he will consider the right minutes for his Belgian sensation as he has the ability to make huge impact on the team, which he has proved in the previous seasons by helping the Stamford Bridge based side to cross the EPL finish line twice in the last 3 seasons. The fans would be excited and eager to see their hero back to the pitch.