Bangladesh are getting preparation to hold England on October. The schedule has been confirmed in early of the year but the security problem creating the issues what happened on last July. Finally the England Cricket team willing to visit Bangladesh to play two Tests along with three One Day Internationals in October.

According to report the England Cricket team will land Dhaka on eve of this month. The competition will be started with a warm-up ODI match on 4th October. The three ODIs will be held on October 7th, 9th and 12th October respectively.  The first two ODI will be hosted Shere Bangla National Stadium in Mirpur. And the third ODI with second Warm up match will be held at Chittagong stadium. 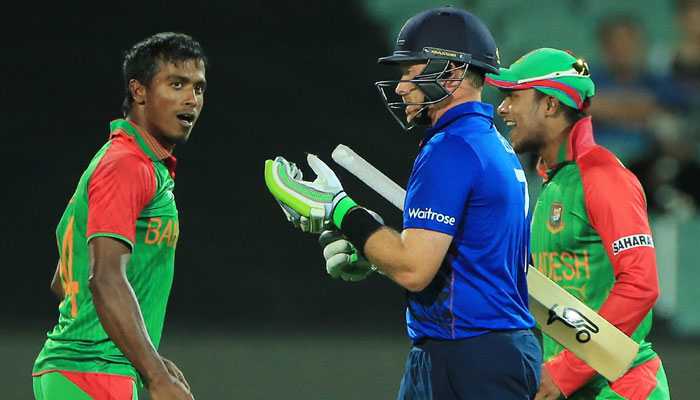 After the second Warm-up of two-days clash the Test will begin 20th October. After the first test they will right back to Dhaka. The two team yet not fixed their Squads and as it have some time to be finalized, soon the it will be announced.

Bangladesh captain Mashrafe Mortaza is very hopeful for the series. He told to the press that he personally wished to series go on. The fan of Bangladesh had been waiting for a long time for the home series. The people of Bangladesh love to watch cricket and the series is really very important for them.

Mashrafe also added that England have always helped Bangladesh cricket. They had sent their Junior team to participate U-19 World Cup. But the security problem of the recent period really worried. The captain assured that Bangladesh people respect Cricket and cricketers and hopefully there will not create any problem.

England Cricket Board are also interested to make the tour on October. But the terrorist attack of Gulshan makes the England Cricketer disappointing again and again.

It is learnt to the source the England captain Eoin Morgan will not participate in October tour. He told in case of play first need feel comfortable but in Bangladesh he will not comfortable. His pull out from the series for self safety.

Jos Buttler, the vice-captain of England Cricket team will take responsibility of captaincy for the tour. The 26 years old was the captain of International T20 against Pakistan. But it was short format match and it is a Test and ODI of 50 overs series. The both things are same. Let’s see what happen. But the cricket season of the cpuntry going to be rocked as they going to host Afghanistan in this month. So let’s enjoy the moment and linked with to get update.