England Cricket team is now in city to complete the England Tour of Bangladesh in October. According to reports they landed the country on 30th September. At present they staying at hotel in Dhaka.

The players reached after over nighting in Abu Dhabi to be accosted by the high protecting security system. The Bangladesh police and special force of RAB ever seen around them with ring guns. All were concern about the terrorist attack in Dhaka on last July. It’s all about the security of the foreign players.

By arriving with calm and safe they seemed quite relax. Team director  Andrew Strauss claimed that they felt very comfortable and satisfied with the Bangladesh security. The total member of the England who may visit last night, was so worried about the long journey. But the security officer Reg Dickason done a fantastic job and help the team to reach in right place in a right time without any unconscious event. 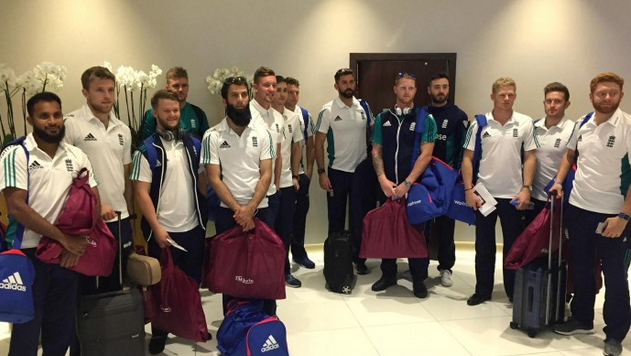 England cricket team director Andrew Strauss mentioned that he felt amazing to watch the boys in a positive look of mind when they reached up at the airport. He also added that if any one made any decision it will more easy to him to complete. The director embarked that now the boys seemed quite relax and focusing the series against Bangladesh.

Captain Eoin Morgan has not come with the England team. He is versatile players so far. For security concern he has denied to come Bangladesh. The team which came to make the tour, is a young squad. Jos Buttler has replaced him in this tour and hopefully he would lead the team rest of the year.

They has also made the tour without coach Trevor Bayliss possibly. With the Visa issue caused he had to miss the trip. By solving the problem in short time, he join the side soon.  So what the coach unable to make the visit but the team director let not leave the boys alone.  He and Wales Cricket Board’s chief executive, Tom Harrison came with them. They wanted to boost their encourage. For this brilliant job we salute them.

BCB promised to save him in all condition. So now the environment seemed calm and all should concentrate their game so far.