England will visit Russia to play World Cup tournament which going to play on June. They can go to the field, but can not fly the national flag. Even they can not sing the national anthem. If they do these things it can be in danger for them. Football fans in England will enjoy Russia World Cup with such warnings on the mind.

England’s police administration warns English fans ahead of the World Cup. They believe that in the Russia stadium, flying the England flag and singing the national anthem can be created problem and the unpleasant situation to the English fans. 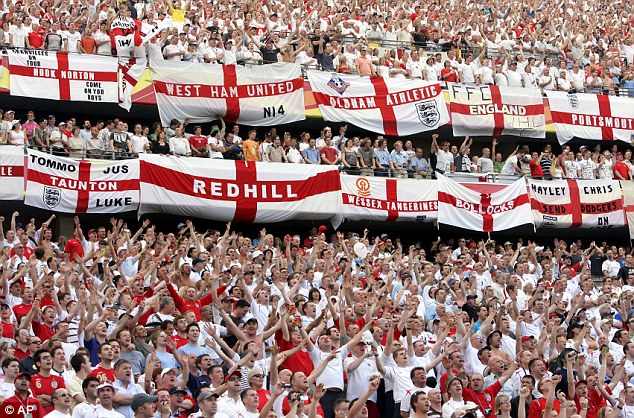 Mark Roberts, who is in charge of the English fans in Russia mentioned that anything can happen there. Supporters will have to be aware of all issues. Anything sensitive should be avoided. At the same time, English supporters must show steady and cultural sensitivity. If they visit Russia then they should be alert for everything.

On the other hand, a few days ago  Russian anti-extremist group Alturas threatened English fans if they want to visit the WC tournament, they would keep preparing for death. It became terrible for the supporters. The country has made special security arrangements for English supporters in the wake of this. England, which continuously warned not to fly the flag.

Spy Sergey, Russia-England blamed each other for trying to kill Scrippal and his daughter, Willa Scripler with a nerve agent. The relationship between the two countries is at the bottom. With that issue the environment of host nation not so good.

After that, on some other issues, political unrest has gone to the most horrendous stage in the two countries. So the fear of being attacked by Russian extremists on the supporters of the English police force of their country. So many other participants fearing to go the country. Even they decided to boy cut from the competition. Iceland, Germany also many country was them, who want to boycot the competition. But finally everything sorted and they will go there.

The British Royal family members in Russia, given threat of boycott from the WC championship. Due to the incident, did not indicate that England would not be present in it. But the Russian government assured they will be arranged the full protection for the foreign footballers and the fans. As a host nation the responsibility of the foreigner to them. They will not be happened any misdeed during the tournament.