England cricket team desperate to encounter the tigers in their home. The recent history is in the favor of Bangladesh. But the opposition also seemed to play aggressive game in recent days. They wanted to make the same short in Bangladesh. The Battler is very hopeful for the series. His ultimate goal is to establish the team as of World’s best ODI team.

The One Day skipper Eoin Morgan would miss the series as he denied to visit Bangladesh due to security concern. Buttler has taken the place and he will lead the side against Bangladesh.

However, if we show off Bangladesh vs England recent history, we find that the tigers had won three of the last four matches. The last World Cup the two parties fought and the tigers were able to adieu England and promoted himself in the quarter-final round. 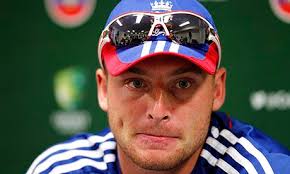 But the England Cricket team bounce back after that failure and they seemed to playing aggressive cricket with great success from past half and year. The English roster are really doing well and improved their condition slowly.

Buttler faced a press conference after landing the city. He told on the press that they has been playing exciting and gorgeous cricket since the last half and one year. He promised to continue the attack. The captain willing to make change the condition of the team and guys who play for the side. His attempt is to build the side no 1 ODI

Buttler has knew the trick to win at home. But in away he also make the same short. Not only this series, his aim is too far. He also termed about his team that it become a young talent team. The captain mentioned that his boys is too hungry for success.

He also added that now their team only focus on playing. The other concern about security not the headache at the time. If once the game start, the rest worry will be gone automatically.

When it was asked to him On the The series of six consecutive home series win in Bangladesh and conditions whether there will be a little bit ahead. He replied it with a smile and told maybe it possible.

The ODI series will start from Friday and the two side will play total three One Day International. Ahead of the series the both side will play a warm-up match at Fatullah Stadium. So guys keep watching the match and linked with us to get update.