English youngster Jason Jonathan Roy curious to play  ICC Champions Trophy which going to produce from June this Year. The opener confessed that he could not wait for the competition. He looked very desperate to take part in the tournament of 50 over format.

Actually the finger injury of Alex Hales kept him out from the game. But if he get well before the Champions Trophy, he will join the championship. Roy expected to back Hales in the competition.  But it will be a great chance for Billings to show how he got improved his performance. Jason wished to play together with Hales and Billings. In his word it would be amazing to play together with the great personality.

On the other hand Roy being very desperate to play Champions Trophy which going to be incredible. He told that it is really very amazing when he play at home ground. However, it will be the first major trophy for the Roy and it is also the full format competition for him. This is the main cause why he so excited. And that being the major reason he can’t wait for the championship. Jason hoped the competition will get him very high level. 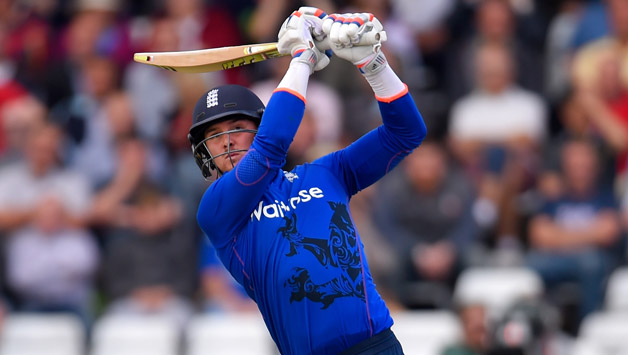 As we all saw Roy against India where he played damn good. He played three matches against India and got fifties in the all games. He was playing excellent but Jadeja took his wicket and kicked him out from the games. He had fought with Jadeja but finally could not stand against the ball of Ravichandra Jadeja, the greatest bowler of team India.

Jason was not picked in the first round but he had been taken up in the second round of action. He explained that night he was restless and woke up at 4am. When he came to know he was unsold, he was very frustrated and finally he threw his phone on the floor. But his happiness has no bound when he came to know he has been selected in the second round.

Being part of such a major competition he consider himself lucky. And the opener will be given a big amount of money. When the youngster asked about the prize money, he replied it is not just about money, it is the matter of honor and big achievement for him. He believes that the tournament will play a great role for his future career.