The English medium-fast bowler Stuart Broad has signed for Hobart Hurricanes in the Big Bash Twenty20 competition. According to report he will play for the Hurricanes in this winter.

Recently Broad finished Pakistan series in UK and very excited to join the side. He told that he was looking forward the opportunity to play for the Hurricanes in Australia.

From the personal point of view the left handed told that Australia becomes one of his favorite country to play. He always enjoy the pitches and the crowds of the nations. He added that the cricket and atmosphere in Australia really fantastic and great to play. 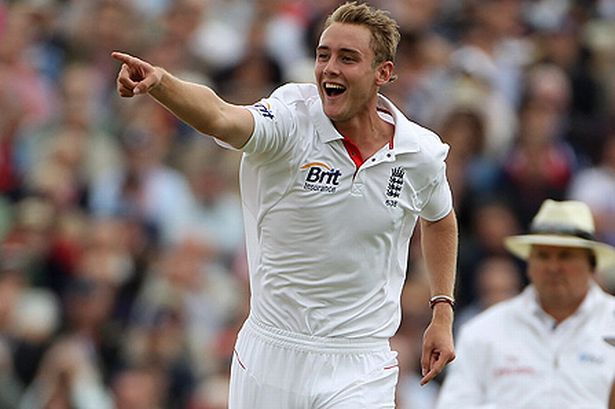 As BBL part of the Australian cricket so he is very excited to play there. By signing contract with Hurricanes he would get chance to play with Dan Christian which would be amazing feelings for him.

Hobart coach Damien Wright seemed very happy to sign the left arm bowler this season. He mentioned that he had signed one of the very best player this season who has the ability to do something better for the team. For him it was the trick to search someone who could profit in a big way. And finally he got that.

Damien also added that Stuart is terrific fella who is determined to do well throughout the BBL. He told it became a trick to get back him in the short format of game.

Wright believes Broad absolutely a world-class player for the side. He mentioned that Stuart had an incredible record in all three formats and his knowledge of the game overall will be a huge asset for their bowling group going forward.

He hoped the Englishman  would give them great firepower with his performance and would be a outstanding inclusion into their pace attack. They also included Reed, Tait and Rainbird.

At present the 30 years old becomes the fourth ranking bowler in the Test format. The former England T20 Captain has played 98 Test matches, 121 ODI and 56 Twenty20Is where he picked 358, 178 and 65 wickets respectively. He is really mindblowing pacer. He always did fantastic job. It will be really an honorable case in BBL |6 to cast such a great personality in the tournament.

By the state of the report The Hurricanes sold their old membership and signed the new members. This season they seemed very confident then they were in past. Their target is now the Big Bash trophy. So let’s see what happen and who will be next winner of the emulation.