England National team T20 captain Eoin Morgan and opening batsman Alex Hales has cut thrown their name from the Bangladesh tour. According to report the limited over game skipper and the opener will not come Bangladesh for security concern. The both guys are decided to ruled out themselves from the tour.

In this situation the vice captain Jos Buttler has taken the team charge. The match will start from 4th October and they will reach their 30th September. When it is the matter of self safety, everybody have the rights to save himself. Morgan and Hales not different from them. The last terrorist attack which was taken place on July in Bangladesh, many foreigners were died. So the boys had not taken any risk for their life. 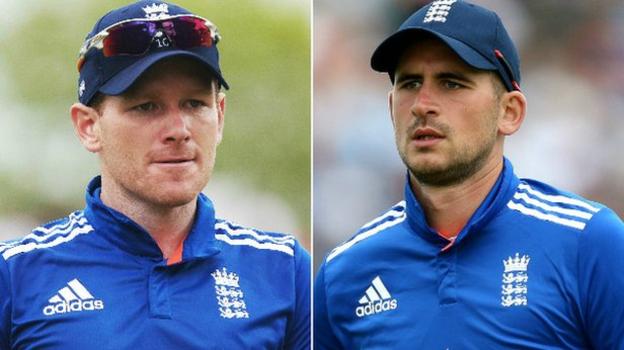 Actually Morgan had the personal experienced in this matter. He observed a bomb attack in Bangalore. It was 2010 IPL season in India which was totally a political issues but it came to cricket. The captain told that he had been to places before while things had become a distraction and once or twice when that had been security. In that time he promised himself that he would not put himself in that situation again.

He also added that Playing international cricket or any other cricket was not about worrying. It’s totally a different thing, it could be the best time of any cricketers life. But when it is the matter of life everybody should aware of it.

He had not advised not play to all but for him he would not come Bangladesh. Security problems really a big deal for the cricketers. Last year Australia also cancelled their tour this reason and had not sent their U-19 team to Bangladesh.

The opener Hales has made the decision immediately. He is a regular player of Twenty20 format. He yet not set for Test as he failed to make century in his last 11 matches.

ECB director Andrew Strauss told that they understood their decision and they respect that. Strauss was very disappointed for such a kind of decision when he came to know that they both guys kept unavailable themselves for making Bangladesh tour. For this reason the process of team selection undone and soon they announced their squad for the tour without them.

By speaking about the security he told he would monitor the situation of Bangladesh because it is so important. He Could not take any risk for his boys.

On the other hand Buttler who going to do captaincy on the upcoming tour, ECB considering to give him the position for a long term. According to the plan he would be given the responsibility for upcoming series against India and West Indies. That mean Morgan will not get the team charge ahead of 2017 or it will be the end of his captain career.