The last time Barca secured all 3 points in a La Liga a game at Sociedad’s fort was back in May,2007. Two second half goals from Spanish ‘midfield maestro’ Andres Iniseta & Cameroon legend Samuel Eto’o confirmed the latest victory for The Blaugranas in the Basque Coast. After then, The Catalans have toured the Stadium 8 times but yet to get a victory. Barcelona couldn’t manage to win there in their last 7 La Liga games & 1 Copa Del Rey meeting at the Anoeta. 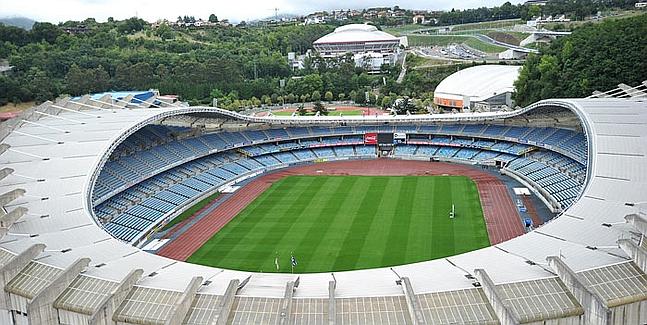 On the Sunday night, Luis Enrique’s lads drew 1-1 with Eusebio Sacristans’s team. 25 years old Brazilian, Willian Jose gave the lead to the hosts with his 7th goal of the season in all competitions. On the 59th minute, Argentine Superstar & the current best footballer in the world Leo Messi levelled the line as the football genius scored his 19th goal of the Season, which is also his 9th La Liga goal this season, just one less than league’s top scorer Cristiano Ronaldo.

The draw keeps The Catalans at the 2nd position in the league table with 27 points from the first 13 matches, 6 points behind than the table toppers & rivals Real Madrid. That was the current title holder’s 2nd draw on the trot as they drew in a goalless game against Malaga, just one week ago. Real Sociedad is currently on the 5th position in the league table with 23 points as they won 4 out of their last 5 games in the league. The Txuriurdins are so strong at the home as usual & managed to win last 4 games at their own soil before the Barca game, which is quite impressive.

In their previous meeting at the Anoeta, the hosts won the game 1-0 as Mikel Oyarzabal scored on the 5th minute of the game sealed the victory for them in April, 2016.

In January, 2015 the Txuriurdins beat the Spanish giants 1-0 under David Moyes. Jordi Alba’s own goal decided the game as the MSN were unable to open their account that day.

The previous league meetings ended 3-1, 3-2, 2-2, 2-1 as the Blaugranas were consistently denied to seal the whole 3 points for a single time in all those meetings after that 2007’s successful visit at the Basque Coast. The Catalans were hold 1-1 in a  Copa Del Rey semifinal clash in the same stadium in February,2014.

Messi & teammates are so eager to break the curse but now they’ll turn their focus on rival Real Madrid as the El Clasico is knocking at the door which will be played at the Camp Nou on December 3.