Manchester United, who are considered the most popular football club in the world has added another title in their long list of glories. The Red Devils are labelled as the most successful club in the English football’s history and they have proved it once again as their fans got another occasion to celebrate after a dramatic match at the Wembley Stadium.

The last season’s FA Cup winners did not win the League Cup since 2010 and were keen to grab this title for the very first time after Sir Alex Ferguson era and the waiting has finally come to an end as the Special One’s lads have managed to take this cup tournament’s title back to the Theater of Dreams for the 5th time in the history. They are now the joint second highest time winner of the EFL Cup along with Aston Villa and Chelsea. 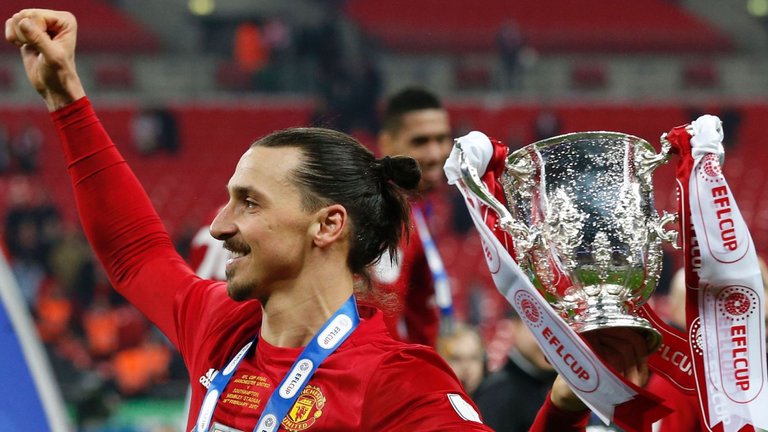 The two finalists came head to head at the Wembley Stadium, London on the Sunday afternoon. The environment was such good as the fans of the both teams were very much excited ahead of the final and the teams didn’t disappoint as the final offered a thriller to the spectators. United got a very good start and their Swedish super star Zlatan Ibrahimovic gave them the lead with a stunning free kick goal on the 19th minute of the match. A pin point spot kick was taken that went over the wall and was curvy enough to beat Fraser Forster and the English keeper really had no chance to react. Jesse Lingard doubled the lead on the 38th minute as he once again scored at the Wembley and this is his 3rd Wembley goal on the trot at this historical Stadium. Argentine full back Marcos Rojo provided the assist on this occasion. But Southampton’s new signing Manolo Gabbiadini put one back to the opposition’s net right before the break and the opening period ended with a 2-1 advantage for the Red Devils.

Gabbiadini was not happy with one goal and soon netted his second of the match as he levelled the line for his side on the 48th minute. But the United talisman Zlatan robbed the show with a brilliant header goal with less than 4 minutes of normal time remaining in the referee’s clock and sealed the victory as well as the title for his team. The 35 years old former Sweden captain has already scored 26 competitive goals for his club and proving that age is just a number.