Everton full back Leighton Baines reveals that Everton eyes to qualify in the UCL but also warns that the new manager Ronald Koeman shouldn’t be expected to turn fortune around quickly.

The Dutch manager takes the charge of Everton Football Club this season after leaving his Southampton job. The 53 years old manager enjoyed an excellent start to his Everton Career, winning four out of his five English Premier League games. But since then the Toffees’ form has been dipped considerably. Ahead of their trip to the St Mary’s Stadium the Liverpool based club has won only one match out of their subsequent seven league games.

Ronald Koeman’s side is currently ranked 7th in the Premiere League table with 19 points from the first 12 league games. Their opponent of the next match & Koeman’s former club Southampton is in 11th position who has gained 14 points from the same number of games. 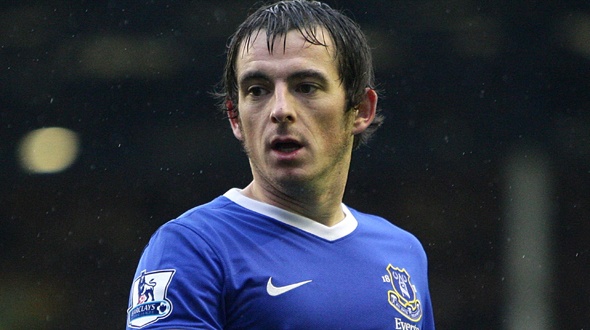 While asked about their aims, the English left back reveals that their long term ambition remains to qualify for the UCL. Baines thinks that Koeman should be given time to implement his style of football at his new club. Baines adds that they were all impressed with the Dutch man when he first came at the club and made a brilliant start.

The 32 years old told Soccer Saturday, “It was just a case of him reinstalling the fundamentals and the things we had come away from. But it’s not a quick fix. It takes time when a new manager comes in to get the side doing everything he wants them to do.”

The Left Back talked about the newly signed players as well & believes that they’re in good path. The Englishman also said that they’re looking forward to what’s coming and thinks that the club is in a really exciting position at the moment.

Everton have not played in the UCL since 2005, when Villarreal knocked them out in the third qualifying round. The Toffees finished 11th in the league table last season and missed opportunities to play in any European competition. They’re currently 4 points behind the 4th placed Arsenal after the first 12 games of the ongoing campaign.

The Left back added, “It’s something we all strive for, We enjoy being a part of those games, the European nights. That’s what we will strive for now.”

The Liverpool born footballer has a long term relationship with the Toffees. After joining Everton in 2007, the 32 years old has featured in 323 competitive matches for the Goodison Park based club & scored 29 goals in his career for the Marseyside Blues.