Everton gets back to the winning way with a thumping 3-0 victory in their latest English Premier League fixture against West Bromwich Albion. After a 3-2 defeat against in form Spurs side in their last league game before the Brom match Ronald Koeman’s lads are back to their orbit as they didn’t only secure all 3 points, they also minimized the gap between themselves and the 6th placed club Manchester United.

The Toffees hosted the Baggies in an important EPL clash at the Goodison Park on the Saturday afternoon. Koeman and his fellas were looking for a win and they have achieved it quite comfortably as two first half strikes as well as a closing minute netting secured all 3 points for the Marseyside Blues. 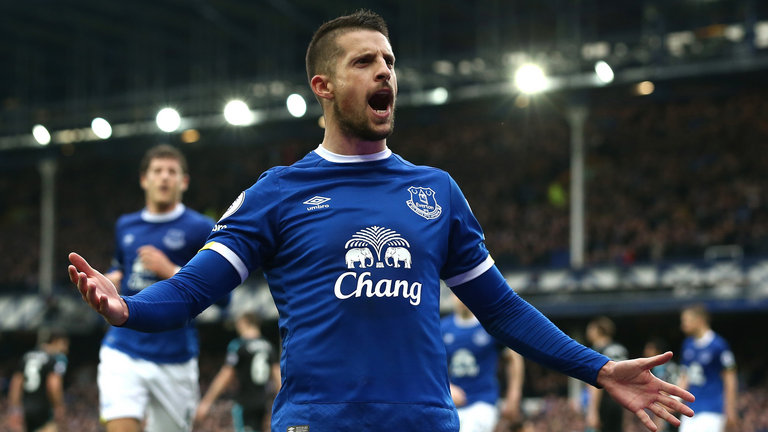 It took more than 38 minutes to break the dead lock at the Goodison Park and Belgian attacker Kevin Mirallas opened the scoring on the 39th minute of the game to give the home side the much needed lead. It was just the 4th goal of the campaign for the 29 years old. It is the 5th season in this club for the Liege born footballer who had netted on 6 occasions last season. Morgan Schneiderlin who has joined the club in the latest winter transfer window from Manchester United has got his maiden goal in an Everton shirt which is also his very first competitive goal in the club football this season. The 27 years old French international had put his name on one occasion on his debut season for Manchester United. The midfielder has once again re-united with his former S’oton manager Ronald Koeman and is seeming to be back in form. The first half ended with 2 goals’ advantage for the hosts.

Belgian talisman of Everton, Romelu Lukaku who was the provider of the assist of the second goal of the game, scored the third goal for the team himself and showed that he is just unstoppable at the moment as he continues to score and continues to impress with brilliant performances. The 23 years old sensation has already found the net 20 times so far this season and looking for more and certainly looking to go past his career best 25 goals in a season of the 2015-16. He just need another 5 to match and 6 more to surpass that. Considering the recent form of the Antwerp born striker, it can be predicted that he has a huge chance to go past his last season’s form as he is really on fire on the football pitch.