Argentine centre back Ezequiel Garay recently revealed that Chelsea tried to collect him in last season when he was with the Russian club Zenit St. Petersburg. But he also claimed that he turned down that offer from the Blues and joined at the La Liga club Valencia. Antonio Conte who is given the charge of the Blues took desperate move to reshape his team after arriving at the Stamford Bridge. He wanted Napoli’s Kalidou Koulibaly also to strengthen his back line but could not able to pick him. However, at the last moment of the transfer window, the Italian bought David Luiz from PSG and Marcos Alonso from Fiorentina. But, he also made his move to Zenit centre back Garay but that went down. Then the Argentine international waited to join at the Old Trafford but that was also unsuccessful. Finally he made his mind to join Spanish side Valencia despite being interested by the English giant. 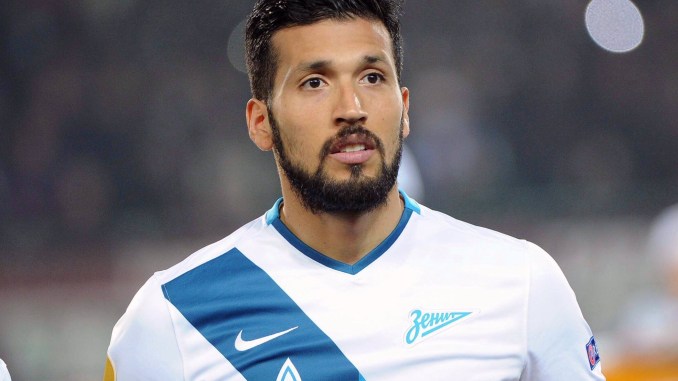 About the joining of Valencia, Garay said that the Spanish side was looking for him since long which was just like bet on him and so, it seemed a challenge for him to play with them and willing to repay them where they showed big confidence on him. Besides, after his mind was set, then Chelsea offered him but before that on him, Valencia was his first choice to join. So, he did not look back. He also thought that it is more important club than English side and would like to play with them. Though, till now, he has made just one appearances with the Bats and also netted on his debut match against Real Betis though they lost the match by 2 – 3.

Valencia does not start the new La Liga season so well but to lose their inaugural match against Las Palmas by 4 – 2 goals. They have played total six La Liga matches in this season but won only twice times. They are currently standing in 12th position according to the point table.

Ezequiel Garay has gathered much experience by playing with different clubs in his 29 years old career. His professional tour has started with Newell’s Old Boys in 2004, then he moved to the Racing Santander where he made 60 appearances and scored 12 goals so far. He als spent almost three years with Spanish giant Real Madrid. Later in 5th July, 2011 Benfica bought him for €5.5 million and the deal was made for four years. He made highest 78 appearances with the Portuguese side. Russian club Zenit St Petersburg bought him from Benfica in 25th June, 2014 where they spent almost €6 million. Valencia is his 6th permanent club where the Spanish side has spent €20 million fee reportedly for him.