European biggest and world 2nd most popular soccer tournament, UEFA Euro 2016 starting very soon on upcoming July in France. After lot of qualifier match into the year 2014-2015, 24 nation finally got chance for the final round of UEFA Euro. Few days back, the draw held on to arrange the group and organizer finally able to release the schedule of Euro cup. Would like to mention that beside this largest tournament of Europe, United States going to host Copa America Centenario where 16 teams from South America, North & Central America will be play on. That’s why the month July should be called the month of football. As most of the leading teams will fight into this tournaments, it will become much more enjoyable as like the world cup matches. We are going to analysis for UEFA Euro championship 2016 winner prediction and finally will release a list of favourites just like a ranking according to the title winning possibility. 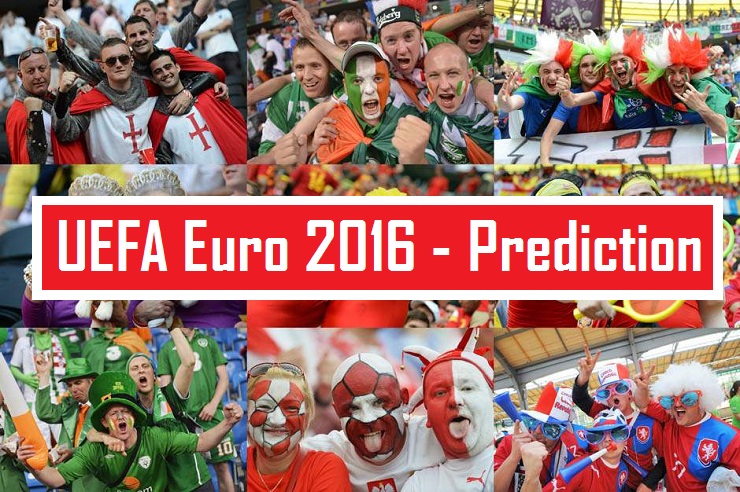 If we try to observe the situation of football environment continent wise, definitely should keep ahead Europe & South America into the top. Specially, every nation of Europe play extremely good football and that’s why few leading nation even can’t finally qualify for the biggest tournament as well. As like, team Netherlands can’t play this year Euro cup which is really a great surprise and a point to understand that how much top class football nation available in Europe. This is not the first time but an available scenario of this continent. Into the last FIFA world cup 2014, team of Ibrahimovic, Sweden can’t join is cause of high volume competition into the qualifying round.

This is really a big question that who is the most favourite of UEFA Euro 2016. If you ask an as usual football fan, you will easily the answer for Germany, Italy, England, France, Spain etc. But actually, the past history of this title winner will little bit conflict the prediction. Okay, first take a look into the past year winners. 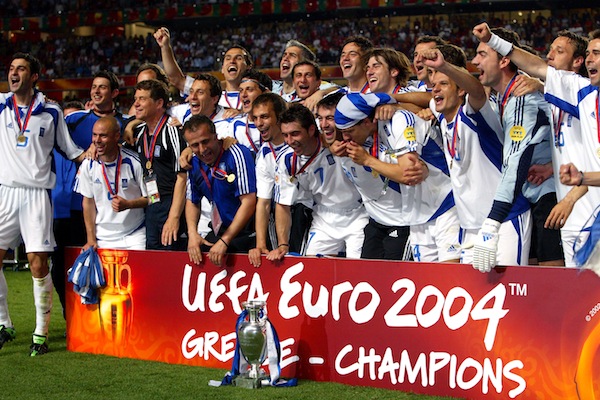 This past winner history would helpful for our prediction to understand the real situation into this tournament. As usually, people think about big teams those have majority in world cup winning records and so. Yes, it would be a point to pick the favourites but when different continent teams fight into a tournament like world cup there mid level teams cant do so well cause of their lack of experience and old, big soccer nations take this advantage. You know that most of the European countries play by long pass, fast run & power attack where South American teams believe is art of football by making short pass, more dribbling & very targeted shootout. Competition situation become change when lots of nation of same continent fight each other and there mid level teams have more chance to defeat top class nations. Cause of this reason, teams like Greece, Czech Republic, Denmark did extremely well in recent year UEFA Euro cup though their world ranking, world cup performance was not well enough on that days. Need to mention again that this is why European super football playing nation Netherlands didn’t qualify for this year UEFA Euro.

Another point to mention here that as like every tournament, host nation do something extra ordinary cause of their home ground. Portugal’s new arena also started from 2004’s UEFA Euro where they were the host nation and got well enough confidence after that Runner up performance. 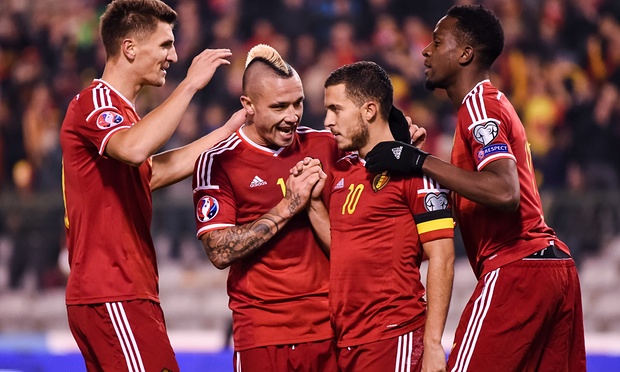 World No #1 by Ranking – Belgium

FIFA World ranking is just another useful information to understand recent performance of the teams and will be helpful to find our the favourites and do the prediction more target oriented. Into the world cup, Belgium mentioned as the dark horse cause of most star footballer of them those are playing extremely outstanding into the English Premier League, La Liga and so. They have footballer like Eden Hazard (Chelsea), Thomas Vermaelen (Barcelona), Vincent Kompany (Manchester city), Christian Benteke (Liverpool), Yannick Ferreira Carrasco (Atletico Madrid), Romelu Lukaku (Everton), Marouane Fellaini (Manchester United) those are helping their club to win the title. Most important point to mention that Belgium is the team those have most amount of players hired by different nation clubs. Spain world cup performance simply make frustration to their fans but their regular winning making their confident for upcoming European large event and keep ahead them into the ranking. As Spain is the best place for footballers and La Liga is the most famous club competition, Spain always easily able to make the best short list for their national team. Germany is the only team of the world those performance always same and very disciplined. You know which team won on every matches of UEFA Euro qualifer ? that is England those are become very favourite before any tournament some how but finally their sail always sink very close to the bank. One man Ronaldo isn’t well enough for Portugal according to our prediction. Host nation France & 4 times world cup winner Italy didn’t perform to their expected level. 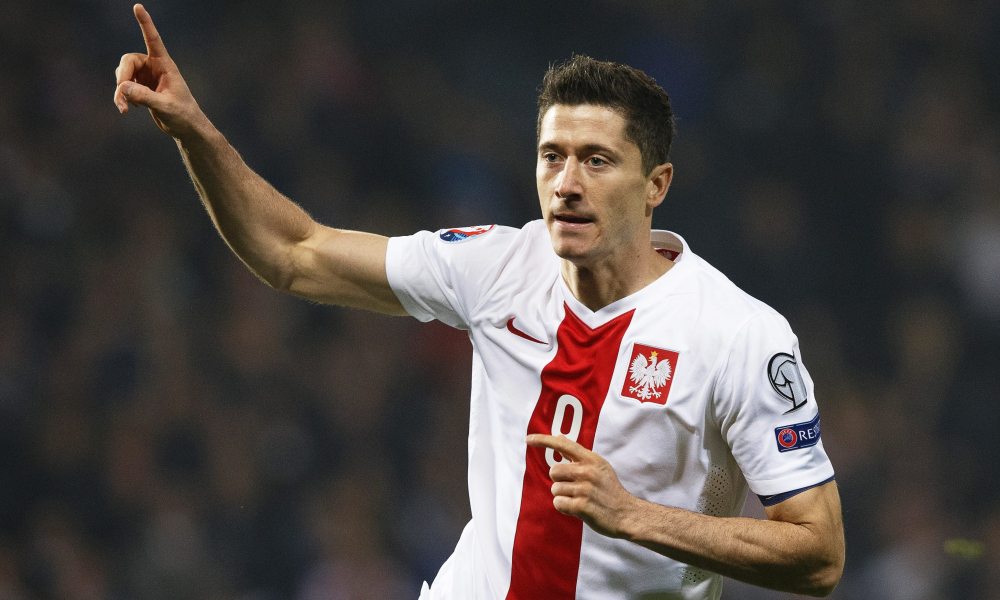 As football is a game of goal, definitely we should consider the forwards/strikers goal scoring performance in recent days. Not only into the UEFA Euro 2016 qualifier round but also in Bundesliga Polish striker Robert Lewandowski were the best amount of goal scorer which actually helped Poland to finally qualify for UEFA Euro 2016. On the other hand, his partner Ajax forward Arkadiusz Milik also scored 6 goal during that qualifier round. This is way beside Wales, Poland also mentioned as the more unpredictable team of this upcoming European soccer competition. Zlatan Ibrahimovic, Christiano Ronaldo & Gareth Bale is the most popular superstar of Europe those doing same role for their nation where the team is fully depending on them and their performance can change the situation for Sweden, Portugal & Wales respectively. Beside Poland striker, English forwards also make more goal in qualifier round which is a green signal for England to become favourite once again. Germany don’t depends on a single footballer but the man Thomas Muller always a goal machine for them and definitely he have more chance to win Golden boot in this year. 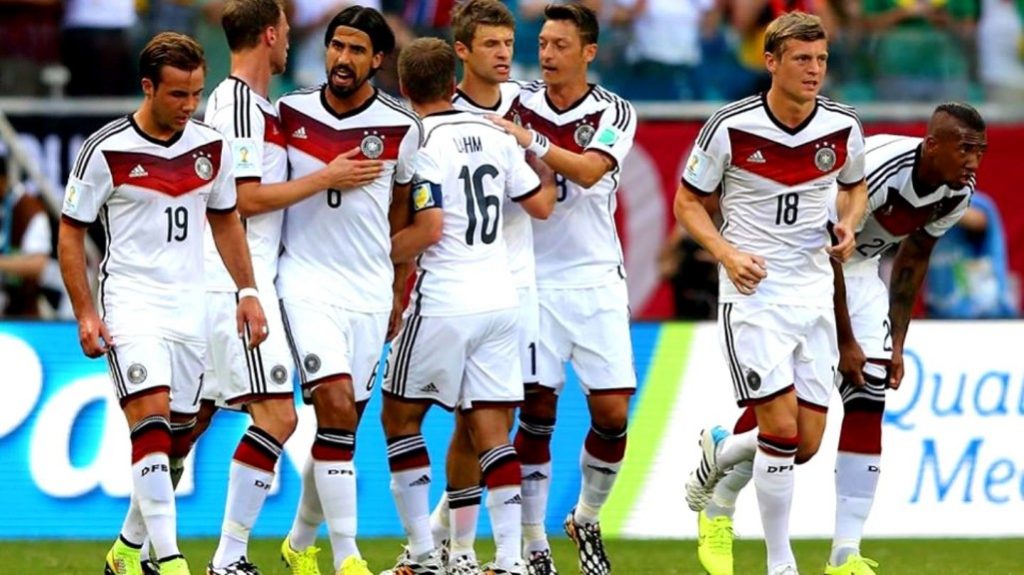 4. Experience: Big fact to win the title is experience where it’s give extra confident to the famous teams. If a team have high quality performance but don’t have good history, they become little bit nervous and ultimately favour goes to experienced team side. Actually, experience meaning here the current players total playing years and good past winning records of them. We should keep Germany, France, Spain, England, Italy respectively according to the experience observation.

Our prediction analysis formula going to give priority to Germany, France & England more isn’t it ? Yes, every other media also giving priority to this teams into their report for UEFA Euro 2016 favourite prediction. No doubt this counties have more chance to win the trophy of Euro cup in this year 2016 but it’s really a hard job to say the possible winner of this tournament cause every European countries have enough skill to defeat any another big nations. As like the year 1996 & 2004 performance of Czech Republic, Greece & Portugal, Poland & Wales have more chance to do something unpredictable like them. If this two teams have few experience, we will definitely keep them very top into our favourite prediction list. 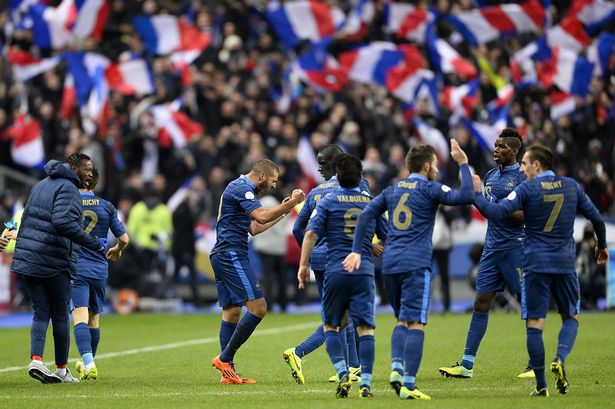 We kept France in #1 only cause of host nation and by observing their last match win against Germany. Nothing to say about Germany and Belgium have a big exam against the big nations though they are standing top position in point table. Spain & England situation is little bit same and they are going to favourite once again but we are not hopeful about them. We are sorry to kick out Italy from the top prediction list as they are not doing well enough from few years. We are always try to provide the best prediction on the basis of performance, ranking & environment and avoid any favouritism to find out the best possible winner to release the prediction report. Hopefully, this prediction of UEFA Euro 2016 will help you understand the current position of your supporting teams and guess the possible winner of upcoming biggest football event UEFA euro 2016.