BARCELONA right back Dani Alves has reportedly consented to move in Juventus side. The Barca star is very close to sign a three-year contract deal till 2019 with the football club Juventus, which is going to the Bianconeri on a free transfer of the season.

It is learnt to the Spanish newspaper Cadena Ser that Barca has not demanded any compensation for the transfer window. Instead of money they will save around of €8 million from his wages and will invest for drafting new star for the club. 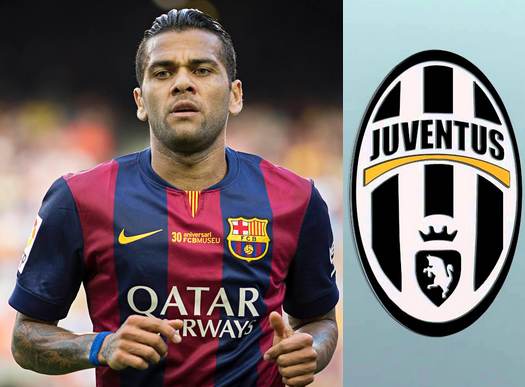 The report also cleared that the saving money from the Alves wages will be invested the new deal of Messi, Neymar and Suarez.  At present the club is faced the monetary problem and to improve the condition they selecte the way of the transfer.

It is also surprising news to all how Alves could complete any other deal by standing under another contract. The report also mentioned that at the time of signing new contract with the Catalan Club last year the club made a restrection which would be allowed him to unleash them without the need for any kind of deal or economic amends. That is the main fact why Barca conducting no money for the transfer clause.

Alves has joined the Catalans side in 2008, where he ranks as the most decorated players of the team by grabbing three UEFA Champion League and six La Liga titles.The Brazilian always proved his skill on field and he is the best full-back during 2015-16 season.

Juve manager Massimiliano Allegri desperate to set Alves in his side. His aim is to stand the team with a strong format and he trained the boys for upcoming battle.

Alves will be set in easily in the Old Lady club with their 3-5-2 formation and it will be great to watch Stephan Lichtsteiner and Dani Alves in together. The coach believes that they both will rock the team’s current stats.

The 33 years old was one of the unsung star of Barcelona and his chemistry with Lionel Messi was fabulous in the last campaign of 2015-16. He assisted number of goal to Messi last season. He is such a outstanding player who always proved his playing skill not only the club side also the national side.

Barcelona going to release one more star, Javier Mascherano from the club and he should join the same side Juventus. Barca mentioned that they are not interested to sell Mascherano, it is the Javier’s own decision to move a new club to improve new contract. The midfielder want to play in a more advanced role than the Barca. Perhaps he want the club and fan priority which is lacking in Barca side because there already consisted some legendary soccer and it is too difficult to cross their fame and popularity.

The Catalans possibly would look for the replacement of their star in transfer windows. The coach Luis Enrique seemed little more tensed for the squad. Mascherano club leaving such a disappointing news for Barca on the other hand they recently rejected by Juventus to purchase Paulo Dybala. But the coach believes that the strength of three striker (Messi, Suarez, Neymar) enough for the club.