Ferhat Cogalan who is currently fourteen years old is attracted by many famous clubs due to his extraordinary skills in field. He plays for Valencia youth team where last season he has scored 22 goals with 30 assists. So, the Red Devils are desperate to put this Valencia attacker Ferhat Cogalan under contract. They have invited him to Carrington to discuss about this transfer.

Juventus, Arsenal, Bayern Munich and Borussia Dortmund are keen to tie this charming boy at his early age. So, the manager of Manchester United is in hurry to get him before he would join the others. Meanwhile, Ferhat travelled with his father in last week from Spain to discuss about his potential next move. His father assured that they will study every proposal. 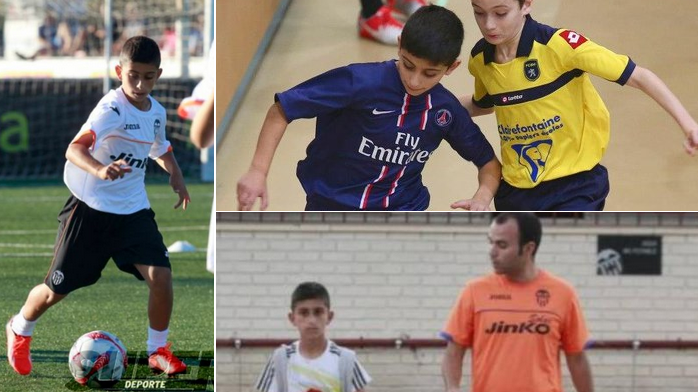 According to the deal, this Turkish kid is still in the contract with Valencia till 2021. So, his dad stated that they are not in hurry. But when a big club like Manchester United offers, then it will be better to study their proposal, added his father.

The Red Devils are already trying to renew their youth team where this time they have included Tahith Chong in their academy. Cogalan would be the just another talent addition.

Two years ago, when Cogalan was 12, he was placed into Turkish national youth team and now he is considered as one of the brightest player in Turkish football. Though, he was attracted by many clubs but he is in still under contract where in Valencia’s academy, he is also known one of the best prospects. So, they did not want him to leave and most probably don’t let him go.

Last two seasons were the best for Cogalan where he showed extraordinary activities and which why the boss of Manchester United Jose Mourinho is trying to recruit him for his Old Trafford academy where he would get proper guideline and become the future world beater.

Though, he is not old enough to made a professional agreement where Mourinho’s offer will just be a youth agreement to join their academy.

United’s academy is often considered one of the best academy and from there several players raised with talents. Just like Rashford. He was in that academy and now he earned himself England national football team and currently compete in UEFA Euro 2016 squad. Like him, Ferhat Cogalan would probably improve his skill in this academy and will become one of the most talented player one day.