World wide fans have sent request over 500,000 tickets at premier day of ticket sales for 2018 World Cup championship. It’s really surprising to get so much request within 24 hours of opening tickets sales.

According to statistics the Russian fans had sent most requests in the first day rather than Brazilian, Mexican, Argentinian, Chinese, US, English, Colombian and German.

Where only 40,000 seat capacity consisted in Moscow stadium, there 500,000 ticket requested has been sent. So it will be tough competition among the fans to enjoy World Cup grand premier. According to the present sales phase, the application will be selected by  following random-selection draw process. The final result will be out on 12th October. 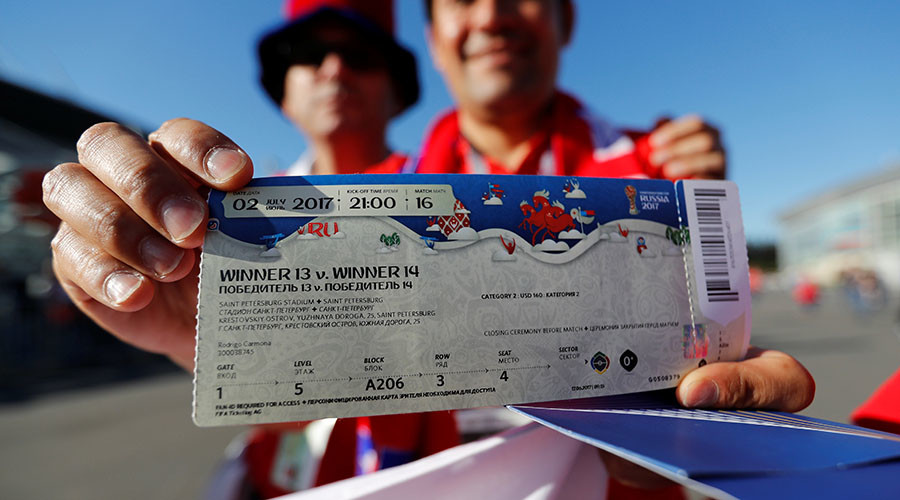 The value of opening match tickets which held in Moscow, start from £166. This being the minimum price and the maximum price is about £414. Where the outsider have to pay the high amount of money, there Russian people can buy that is only for £42. It’s a big opportunity for people of Russia to watch live match at home. And that’s the main cause why Russian applied for more tickets.

The price of Regular group matches range starts from  £79 and finished to £158 in high amount. And for the locals residents the paying amount become £17.

About £87 value set for round of 16 matches as the minimum price, where the maximum price set for the round £185. The price for quarter-finals and third-place play-off round tickets range fixed £132 to £275. This is amazing to get that matches to live watch.

If you are interested to watch the most semi-finals you will spend a minimum of £215 for per seat. On the other hand the grand finale tickets start from £343. More than 50,000 tickets requested have been sent for the grand finale match. The final event will be played at Moscow stadium which have been renovated newly. The final match will take place in Luzhniki Stadium on 15th July 2018.

In case of buying tickets Russian people will get special offer of less rate than the other nation fans like Brazil, Argentina, Germany and many other else.

The ticket holders has been identified by their fan-ID. It will bring their identity. This time the championship will break past attendance of fans.  12 different city will host the different match.The opening and final event will be held at Moscow stadium including a great opening ceremony. There still one month remain to get application, so it is expected to get more request of selling tickets.