There are about ten months to go starting the most happening World Cup 2018 and the gorgeous World Cup trophy has began to start touring. Luzhniki stadium has organised the function on Saturday. According to report Russian President Vladimir Putin and FIFA President Gianni was presented the function. They both are dedicate the FIFA WC trophy for touring.

Actually it is one of the tradition of football World Cup to tour world wide before the championship. And Saturday it has been continued it’s tradition once again. The tour started with Moscow and will be finished in Moscow.

The president Vladimir Putin requested to Russian people to visit the most gorgeous trophy. He also told them to enjoy and celebrate the tour of trophy along with upcoming tournament which will start on next year August. 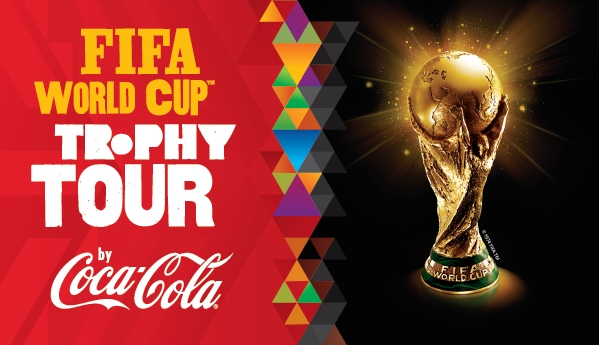 Putin also uttered the people from world wide to visit Russia to enjoy the trophy and the championship. By telling about the championship he told they felt very proud to hold such a grand tournament in their country.

The Infantino told that they have started the tour of trophy and the most happening football tournament in the world. There he told about the preparation of World Cup for next year. Putin was very excited when he told about the next champion. It’s really a great honor when the gorgeous trophy will be handed to next champion.  And it’s such great matter to take the trophy three billion people all over the world.

The president accused that everything being going according to plan and there has no financial problem because everything has financed perfectly. It was full of festive celebrating.

The function was finished with a great conclusion. There were Brazilian Bebeto and former French striker David Trezeguet also attendant on the occasion. They were special attraction of the ceremony.

Luzhniki stadium was full of crowded when the ceremony were running. It became the place where the final event along with five other matches will be held. According to reports the place will also host the grand opening and the grand finale matches. At present the stadium has been undergone a five year reconstruction.