After the 4 straight draw, finally Zidane’s team desired the Victory. It was very disappointing for the Champion League Champions. The La Liga giant trashed Real Betis by 6-1 score in last match. Finally the  European most successful club fight to return to orbit blew. They finally able to add more three points with their name.

Cristiano Ronaldo once again proved his fitness to goal against Betis. Some it was spread out the rumor that the Portuguese star is not fit to play but his comfort goal clearly proved his ability once again. Apart of him Isco netted a pair of goals as well as Raphael varane, Karim Benzema and Marcelo also scored on the game.

After the four match failure the Vikings has started the Saturday match with a great stumbling. In the starting the free kick of Toni Kroos free from the in six-yard box to the left to get the ball into the head bharane and he nicely wrapped the ball in the net. 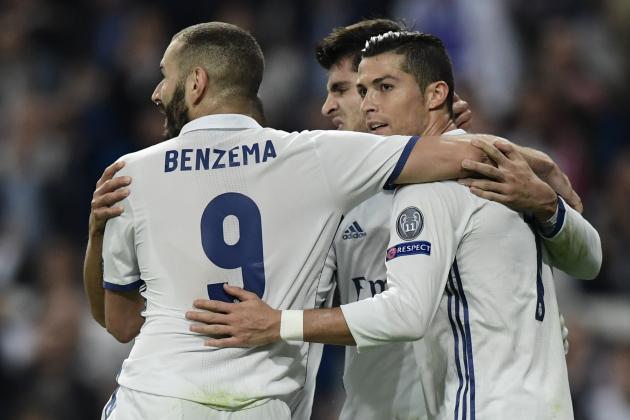 After about 14 minutes, three more goal secured the win for the Los Blancos. Taking advantage of the increased vulnerability of Christ, in order to protect the ball in the 31st minute Benzema doubled the score.

The shot of Benjema in 39th minute hit an opposition defender leg and get back to Marcelo. And the Brazilian made no mistake this goal. Just before the break, Ronaldo and Pepe were great pass for six yards outside the box. He could have shot himself, but to make sure he passed Isko and an Spanish midfielder wrapped the ball into the net without any hindrance.

Ronaldo scored the last goal in the 78th minute. To take the ball to the goalkeeper with Alvaro Morata he defeated the opposition goalkeeper. With the goal the Portugueses star able to complete five goals in two games last week.

Despite of all thing Atletico Madrid still top of the table. Real touched the victory points with them. The two teams are equal on 18 points but eal are top on goal difference. But after the last match Zidane’s team seemed more confidence. Finally they got the win.

Sevilla exist in the third place with 17 points of 32 goals. Barcelona yet fourth after winning a big match against Deportivo La karunake in 4-0 score. The Catalon are now hopeful as their star striker Messi joined the side. Their current achieving points are 16. So guys keep eyeing in our site to get sports update.