Italy is playing Euro 2016 and they will play against Germany in semi-final match. This is great news for every Italian’s fans and they all are happy to see this. Also the Chelsea’s fans are happy for this achievement of Italy because the head coach of Italy Antonio Conte will start coaching to Chelsea after this Euro 2016.

Conte also maintain transfer of Chelsea and he agree to buy Marseille striker Michy Batshuayi. Chelsea also agreed £33.2 million deal with Marseille for this Belgium striker. Marseille also agreed in this offer and before this Crystal Place also convinced the Marseille president Vincent Labrune £31.6 million for this 22 years striker. 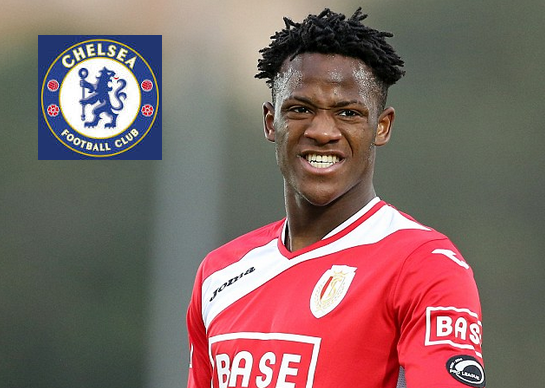 Tottenham Hotspur and West ham United also showed interest for this striker and they had also been chasing this striker. Batshuayi is now playing in Euro 2016 and he is regular face in Belgium team. He also scored in 4-0 against Hungary and after that they will play against Wales today in a quarter final match.

Before that Chelsea also took his medical test at France after that they agreed to sign in a five years contract of with him. This is a big football deal in football community and also this a long term deal with a player in English Premier League.

Lukaku was another choice of Chelsea but they gave much priority for Morata who is playing in Real Madrid but this transfer was very much complicated. Many other club has interest for him and they face a big competition for him.

Chelsea also sent back their loan player Falcao to his old club Monaco. A Turkey club also target Loic Remy and Diego Costa’s former club Atletico Madrid wants to re-signing with him. At this time Chelsea buy Batshuayi and also they consider £33.2 million for him.

Marseille can keep only 1 million of this £33.2 million transfer and they have to pay his former Standard Liege club £11.62 millon as a part of their 30 percent sell on agreement.

Belgium boss Marc Wilmots also known about this transfer and he had no problem to send him for this medical test. He also said “The good players are very much busy in this transfer window and it means that they were working hard. Yesterday afternoon they all were free and they also have time to talk about their transfer. He did not ask me for any advice, his club asked me to release him for two hours for a medical test, that’s all.