The biggest ICC tournament of the year is just a few days away from now and all the teams have reached in England. Warm Up matches have been started. The power house of cricket, Australia have got a solid start in England as they got the victory in the first warm up match of the Champions Trophy. The two times CT winners took on the Lankan Lions at the Oval in London on the Friday.

As the regular captain Steve Smith was rested for the day, vice captain David Warner who led the Sunrizers Hyderabad in the IPL, captained the Aussie team against Sri Lanka. The Pocket Dynamo came in the toss, and after winning it, decided to field first. The Oval is known to be a high scoring ground and Aussies liked to chase in a batting friendly condition. 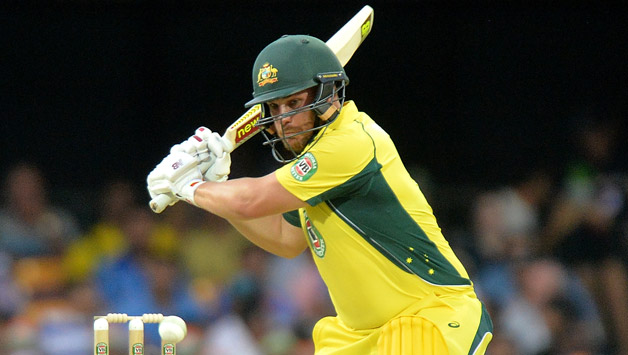 The Spear head of Aussie bowling attack, Mitchell Starc too was rested along with all rounder John Hastings. Josh Hazlewood was handed the new ball by his skipper. Niroshan Dickwella and Upul Tharanga opened for the Lankans. They  had given their team a solid start before Hazlewood sent Tharanga for 13 as the first wicket was down at 49. Although James Pattinson struggled in his first spell, Moises Henriques came and took two vital wickets in quick succession and Sri Lanka was in a position of bothering at 71 for 3. James Pattinson proved to be costly but he sent the stump flying as he cleanly bowled Dinesh Chandimal. At one stage they were 152 for 5. But the Lankan skipper Angelo Mathews who scored 95 and Asela Gunaratne built a brilliant 91 runs partnership to tackle the situation. Gunaratne scored a quickfire 70 not out and was supported by Seekkuge Prasanna’s 31 off 19 deliveries and they managed to reach a good competitive total of 318.

David Warner struggled and went for 19. Chris Lynn, hit two sixes including a massive one but couldn’t manage more than 19. Henriques too departed quickly. But Victorian opener Aaron Finch didn’t make any mistake to get a century and the Melbourne Renegades’ skipper scored a brilliant 137 off just 109 deliveries. But seamer Nuwan Pradeep struck twice in two balls in the 36th over as he got rid of both Finch and Maxwell who went for a golden duck. But Travis Head still was there and despite the wickets of Matthew Wade and Marcus Stoinis, the South Australian continued to bat on magnificently and finally handed the Kangaroos the two wickets victory in the very final over of the game. Head was not out on 85. The Aussies chased down a big total and this victory will boost their confidences.