9 goals on a football game, how often you can see that? It is very much rare nowadays. And it is more than rare when you are watching the Italian Serie A. As Italy has been labelled as the most defensive giant in the football world and their playing type is known to be very much defensive but something extra ordinary and exceptional things happened on the Saturday night at the Stadio Artemio Franchi. Fiorentina and Inter Milan produced a 9 goals’ thriller where the hosts win the game with a 5-4 margin after an insane footballing display of 90 minutes. And how often your team faces downfall when you’ve already scored a hat trick in the match? Not quite often but the same thing happened with Mauro Icardi. 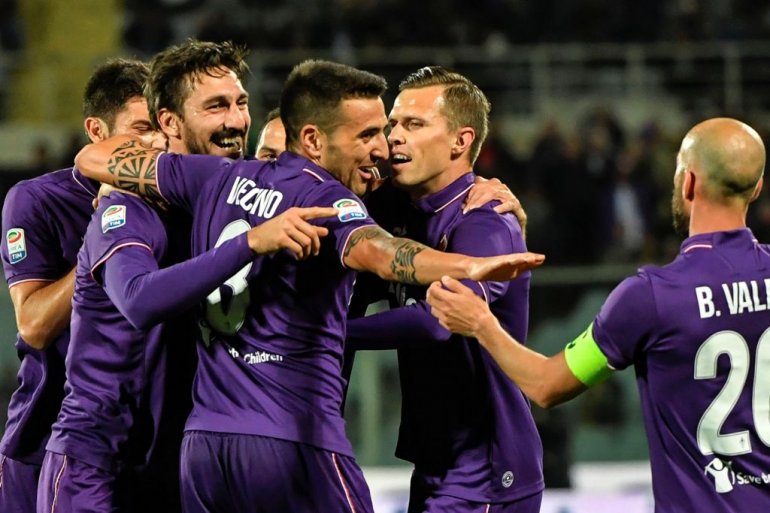 The two nearest opponents in the league who are at the 7th and 8th position in the league table respectively faced each other in an important league match at the Stadio Artemio Franchi. Matias Vecino opened the scoring on the 23rd minute which was cancelled out by Croatian Ivan Perisic’s 28th minute equalizer. Argentine sensation Mauro Icardi’s 34th minute strike ended the first half in visitors’ favour. The 2nd half was so much entertaining as no less than 6 goals were scored on this period. Davide Astori levelled the line for the home side on the 62nd minute and Uruguayan midfield warrior Vecino scored his second of the match to take his team in a leading position just 2 minutes later. It was his 3rd goal of the season. Khouma Babacar increased the lead further on the 70th minute with his first of the night. He also scored a brace as his 79th minute netting make the card ridiculous 5-2 in favour of the Violas. Inter’s Argentine super star scored 2 more goals during the finishing period of the game and completed his hat trick to make the game alive once again. But the 24 years old hat trick did no hamper to the home side as they had the last laugh with a 5-4 victory.

Despite this victory Inter are at the 7th position in the league table with 56 points beside their name after the first 33 league matches while the Vioals are just one point behind and currently sitting at the 8th position as they have earned 55 points from the same number of games. Juventus are topping the league with 80 points. Atalanta got the victory on the another game of the day as they claimed a hard fought 3-2 victory over Bologna.