Former All rounder of South Africa has finally got the Australian citizenship. Botha moved to Australia with his family in 2012. Four years later after his moving, now he is officially an Aussie citizen. Botha plays for the Big Bash League side Sydney Sixers. He signed with the sixers last year & played as an overseas player. But after being given the official citizenship, Johan will play as a local player in the upcoming 6th edition of the Big Bash.

Being asked about his feeling after getting the citizenship, Botha said that it’s a new chapter for him & his family. He added that it was a long process & he had no compulsory plan about it when he first moved to Australia along with his family. He is very happy to get it over the line & admitted that his family has settled really well in that beautiful country. 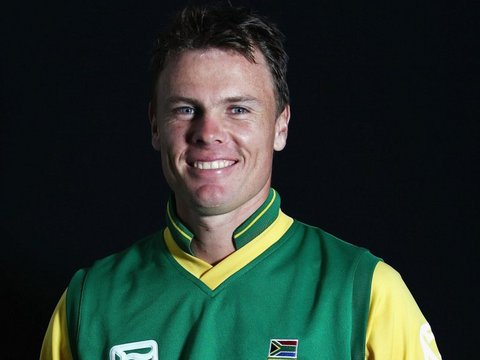 In 2012, Botha started his Australian domestic career with South Australian Redbacks. Then he played for the BBL side Adelaide Strikers for 3 years & even captained the team. He signed for the strikers in 2012 and played till 2014 before signing for the team in magenta last season.

The former South African T20 captain is now settled in Adelaide with his family but will soon move to Sydney to play the BBL. Botha told that it’ll be long holiday time from the school for his children, during the big bash & all the 4 members of his family will be able to present in Sydney during the biggest T20 competition of the country.

The 34 years old cricketer is ready to have a go in the BBL this season & believes that the soldiers of Moises Henriques will bounce back strongly this season after the disappointing performances last season. As Botha will be played as a local player that means Sixers will have a chance to sign another Overseas cricketer along with English opener Jason Roy. Johan will take part in some practice matches before the start of the season. Botha’s team will square off with the city rival & reigning champion Sydney Thunder which will be led by Shane Watson, on 20 December at the Spotless Stadium. The former warriors captain will also play in the first 3 matches of the T20 Kingsgrove Cup for the Mosman Cricket Club just before the BBL season getting started.

The Johannesburg born cricketer has played in various T20 competitions around the world. He got his T20I debut in 2006 against Australia. Johan Botha has appeared in 40 T20I matches for South Africa. The veteran all-rounder has scored 201 runs & has taken 37 wickets for the Proteas in the International arena of T20.