Chelsea boss Antonio Conte is in great need for another striker although he has already Diego Costa and Michy Batshuayi in his sight. But also he wanted to bring Everton striker Romelu Lukaku where Lukaku has rejected their offer and wants to stay at the Goodison Park for a while. In this circumstances, Conte is forced to shift his attention to Croatian Juve forward Mario Mandzukic who has just joined with the Old Lady last season.

Despite being stayed at the Juventus Stadium for one season, he already shown his true color. He did not waste any time but to settle with the Serie A at once. There he made 27 league appearances and scored 10 goals so far and became one of the top player in Juve who helped them to win fifth consecutive Serie A titles. 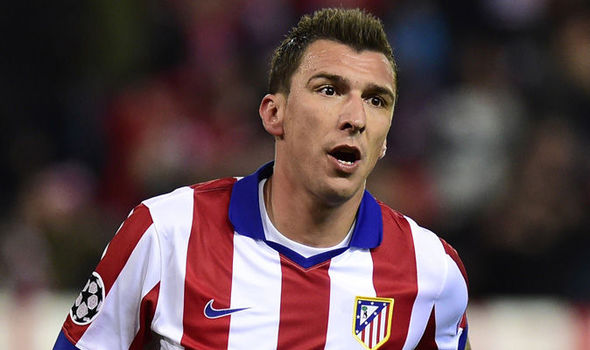 Due to his last season’s impressive performances, Conte is currently chose him as a perfect alternative of Lukaku and he would be the perfect assistant of Costa and Batshuayi.

This 30 years old Croatian forward moved to the Goodison Park from Atletico Madrid for €19 million in 22nd June, 2015 with four years duration but now, he is wanted by the Stamford Bridge where he would cost almost £25 million. It will be a small amount for Chelsea where they were ready to give more than thrice of this amount for Belgian star.

So, analysing all the possibility, Conte Chose him instead of others and he would be an easy option to buy. Though an obvious question will come that after contributed with the Old Lady by winning Serie A title, this Croatian will be given permitted to leave the camp or not.

But still counting on both possibilities, Conte does not has much choice left but to offer a handsome bid.

Stamford Bridge won their last match in Premier League 2016/17 against Watford by 2 – 1 goals and want to secure this winning by buying another performing striker at their camp where they have still a replacement named Loic Remy but he is about to leave the camp to Crystal Palace.

30 years old this star has played for many clubs where among them Bayern Munich, Atletico Madrid and Juventus are the best. He started with Marsonia in 2004. He moved to the Bayern Munich from Wolfsburg in 2012 and played their two seasons. He made with them almost 54 appearances and scored 33 goals. Later he joined Spanish side Atletico Madrid in 10th July, 2014 with four years agreement for an undisclosed fee. And following year, he jumped to the Italian side.