Swedish star Zlatan Ibrahimovic to return to Russia World Cup. Ibrahimovic retired from international football after Euro 2016. According to reports the Man Utd forward will play in the upcoming 2018 Russia World Cup. The Manchester United striker said that the national team’s door being not closed for him at the time.

Sweden coach Jenny Anderson welcomed such remarks of former Swedish coach. He told that if the Man Utd. striker wants, they will give him to chance to play in the championship.

In a message to the media in Stockholm’s capital Stockholm, Ibrahimovic said that he miss the national team. When a footballer play football for 20 years and still see that his peers are playing for their national team, then it is difficult to understand the mind. But if he being injured then the game is difficult. As it is true for club, as well as the country. 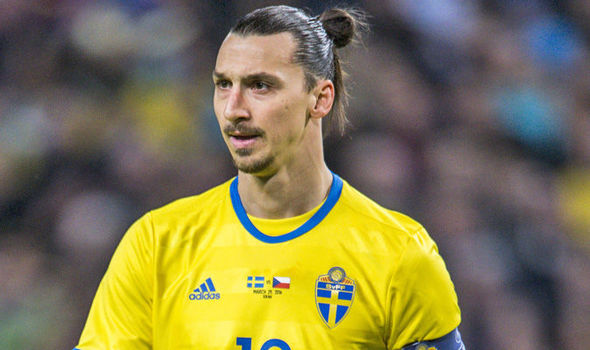 The forward have been playing football for 20 years. Suddenly, he had to play one match every three days. He accept that. Because, he has not have any other way. But he is still working hard and fighting non stop. He is going forward by specifying the target.

Asked whether he would like to return to national team, or not. The forward told that it become a difficult question. Actually he wants to realize that he can perform well and can give anything to the country. He also added that he does not want to go to Russia just by filling his name. The striker really wants to give something to the team.

The Man Utd star did not think the doors to the national team were closed for him. He believes the door will always open for him but for that he have to play first. He want to fit for the challenge then he would fix the goal for the national team. The retired forward also mentioned that when he talked about his return, he actually  like it. He really want to return the side once again.

On the other hand, Sweden coach Anderson said that if Ibrah really want to return in national side, they would welcome him. Nobody forced the forward to take retired from the national duty. He took reign from the post. And now if he really interested they would warmly welcome him. The man really outstanding to take approach in the competition. Not only they, all football fans warmly waiting for the guy.