France has got a great win in the Russia World Cup preparation match against France. The former world champions have won 3-1 in the all-time race against Italy to move their old tradition back.

The start of France against the four-time world champion Italy, which was knocked out of the qualifying, was very good. In the 29th minute, one of the top teams of the WC championship go ahead. If the fate was not adversarial, they could get another goal within that time.

From the very beginning the hosts were ahead in the attacking game in the eighth minute. On the right side of the grismanan’s great free-kick post, Kylian Mb Pepi jumped into the jump. Although the goal was returned to the goalkeeper, Barcelona’s defender That sent the ball easily in the net. 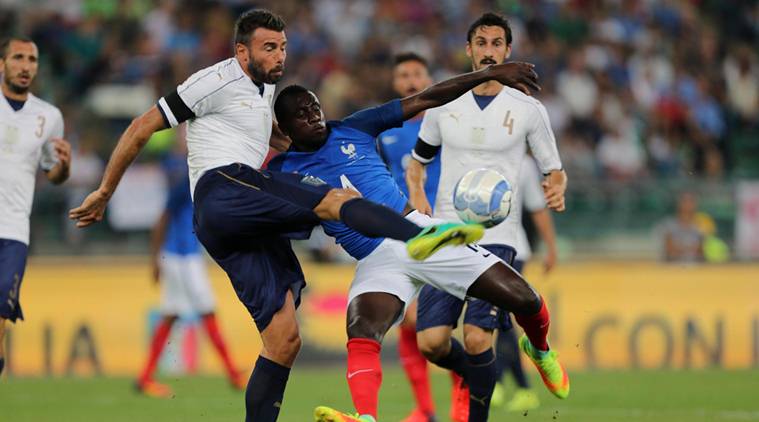 Italy has not delayed counter-answer In the 36th minute. The free kick was blocked by the opposition goalkeeper Hugo Erosive.  But just outside of the D-box, Bonnie Chi sent the ball back to the net with his right foot shot. In the second half of the match, France once again back to fate. In a very good attack, the ball rolled from the boundaries and hit one by one in the D-box without giving any chance to another and took a strong shot of right foot. But the Barcelona forward shot failed to hit the crossbar.

France, with the exclusive control of the opponent, was attacked one by one. Five minutes later, Bayern Munich midfielder Corentin Tolisso dropped out of the D-box outside the post.

Italy was facing frequent counterfeit attacks in Italy. But the failure of the attack was repeatedly frustrating. Balotelli, who missed the target from outside the six-yard box in the 67th minute.

In the 65th minute of the match, Enamel excellent goal add one more score in the name of France. The 21-year-old forward is sending the ball to the net with a high-pitched distance from the edge of the D-box.

At the end, the difference was not increased if the volley goalkeeper took 15 yards away from Florian Thobin for Mercie’s forward turnaround. France will start the World Cup with a match against Australia on June 16. In the ‘C’ group, their two other opponents are Peru and Denmark.