France little more tensed about Argentina, as they might face in the last  sixteen of the World Cup. If everything goes according to the plan, the two biggest teams Argentina and France can be seen in the last sixteen round. But French manager Didier Deschamps does not want to think about the possible match right now,. French coach is now happy with his group, as they got after the draw.

The draw of the Russia World Cup in Moscow was held on Friday, Where the World Champion fall down in the pot ‘C’. In the same pot they have to fight Peru, Denmark and Australia. The manager relaxed about his group because he almost confident about it. 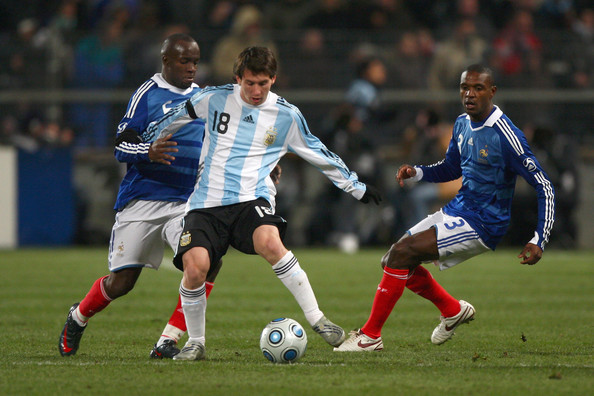 Messi’s Argentina belongs to Group ‘D’ are where they have to face Croatia, Iceland and Nigeria. According to rules ‘C’ group champion will play with ‘D’ group runner-up. On the other side ‘D’ group champion will play with ‘C’ group runner-up. So if a team from France or Argentina is runners-up, then the two favorite teams will be seen together in the last two sixteen matches.

But Didier Deschamps is now thinking about its own pot. He being not thinking so far. He just relaxed for one reason that no one in their pot has the ability to defeat them. The coach told that of course, grouping could be much more difficult. But the group not so tough as they thought. Because they have played with Denmark in before and they also played against Australia in a friendly match.

Desam  accused that at the moment, the most important thing for the side to keep an eye on the opponents during the friendly matches in March. He thought it will be helped them to boost the performance against the opponents.

However, they know the opponents of our World Cup and their profile. In the friendly match we will play with all the opponents whose profile is the same.

Although, the coach will not want to think about it now, the team of potential opponents will remain in the head.

The boss quite know which group might be the reason for their concern. Obviously when the team face a biggest team like Argentina, it’s a matter of worry. But it can not always avoid to face a big team. In the path of WC champion trophy it’s natural to face hard team in anytime.

At last the manger comment that it’s a proceed step by step. There is no point in talking about big parties right now. At the moment he think about the first round.