Gabriel Fernandez Arenas simply called as Gabi has signed an extension contract with Atletico Madrid. According to the new contract, the midfielder will remain the side  till June 2018.

A club statement revealed that The red and white captain signed his new contract, which extends until June 2018, so he will be a part of the team that will inaugurate their new stadium next season.

Gabi mentioned that it became a great challenge to be able to be in the team to move to the new stadium. The playmaker added  a new and exciting stage starts for the side and being the captain of the first team in a moment that would go down in history is a source of pride for him. 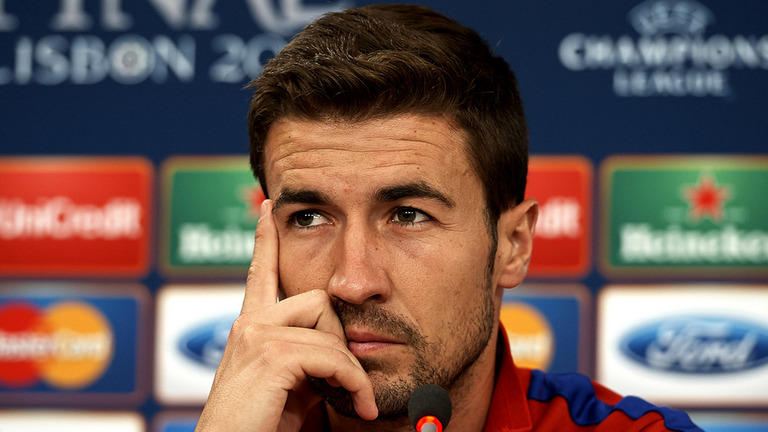 Gabi is very happy for the deal he told that he always wanted to play for Madrid and it was his childhood dream. And now he is living with his dream and it’s really a wonderful feelings.

The 33 years old added that he felt proud to continue his association with his boyhood club. He also wanted to thank the fans for their unconditional support both for him and for the team. He also termed that at home he felt more comfortable and to play at home is always pleasant for him.

Gabui started his career with the Madrid and he made 52 La Liga  appearances from 2005 to 2007. In 2007 the midfielder joined Real Zaragoza on a €9 million transfer fee. He spent four year with the club and returned his parent club in 2011. His buy back clause was  of around €3 million.

By joining the side he has started to show his outstanding performances. On Friday Gabi has signed a new contract with Atletico Madrid which will end 2018. Actually his future was doubt in next summer and that’s why the club president Enrique Cerezo confirmed him till 2018. The president had not want to lose him and not take any risk with him. So he finalized the deal as soon as possible.

Atletico madrid became top level participant in La Liga recent time. He leading with 15 points, where Real and Barca behind of them. Real Madrid was the topper of the list but their three consecutive drawn get down them in the second position. The Spanish club seemed very confident and hopeful for the trophy. So let’s see what happen and who will be the next winner of the competition. To get more update stay with us.