Gareth Bale wanted to leave Real Madrid in the next season. According to Spanish reports the the Welsh man determined to jump from the Spanish side as they unable to consider their promised to increase his wages.

The team manager Zinedine Zidane and president Florentino Perez promised to enhancement his wages. They also promised to expand the contract with bragging salary as they paid to Ronaldo. The Manager and Director pledged to pay the winger as much they gave the Portuguese star. But when it came the time to fill up their commitment, they kept silent themselves.

Bale seemed very upset for that and also disappointed not to get the place. The winger claimed he is not ready to do more sacrifice. He is not comfortable with do that. Now he wanted to make move from the side. He believed that for his career it necessary. 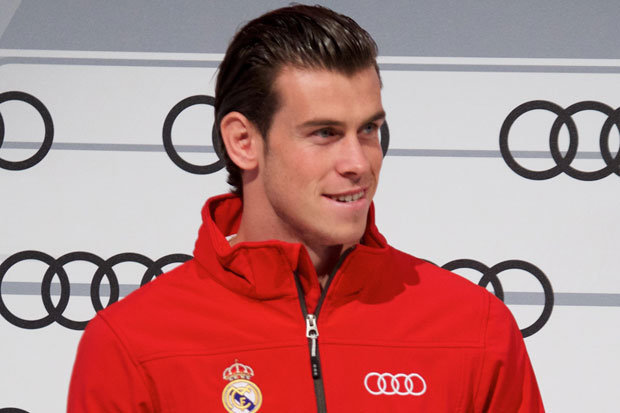 He revealed that he was replaced over Villarreal game which result traced as 1-1 draw. The striker blamed that despite of playing good he was replaced, while he deserved the place more than Benzema and Ronaldo.

Now the Welsh International not willing to stay in the Spanish club club and taking preparation to move English club. By the state of the stated of the Spanish outlet report, Bale agent has contacted with the English Club Manchester United to make potential jump. The Red Devils were willing to pay £100 million for grabbing the winger in 2013. But he refused the offer and Joined at Bernabeu.

Bale started his club career with Southampton in 2006. He was then only 16. After a year moved to Tottenham Hotspur by Signing a four years contract deal. He played for six season for the side.

After that he was sold to Real Madrid for undisclosed transfer fee in September, 2013. This Summer the United were also interested to bag him but the Vikings hanging the notice that he was not for sale. With this United seemed very disappointed and they hired Zlatan Ibrahimovic.

Now bale struggle for loyal. He wanted the honor which is deserved by him. He claimed he had tired with the team and it is time to change the situation. The agent has already started his work and hopefully the move will confirmed in the next season.

United yet not comment for the deal as they spent much money this season. But hopefully the deal will be taken place in the next winter.