Gareth McAuley the defender of Northern Ireland back to the squad. According to reports the team manager Michael O’Neill has proclaimed a 26-man squad for the double-header against Germany and Norway. The qualifier matches will be played in the next month.

By the state of the squad the West Brom defender was suffering a thigh injury. For this reason McAuley has missed the matches against San Marino and Czech Republic in the last month.

McAuley has got injury in June during the match against Azerbaijan which result came out their favor. The injury was tough that he has been forced out from the field. 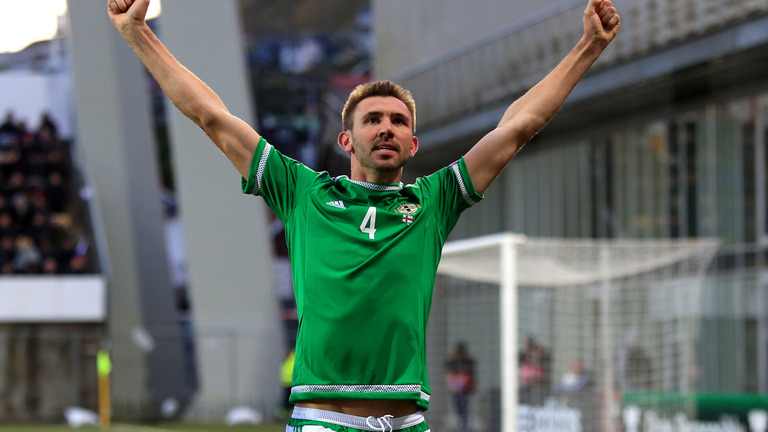 The 37 years old being a very talented guy so far. He played total 72 international matches where he able to score nine goals. Team manager O’Neill very pleased to get him in the squad. He mentioned that Gareth became a big miss in ever. In spite of his time being limited, he became wanted in the squad in always.

According to doctors the defender become absolutely all right to play and so what the team manager call back him on their next World Cup qualifier. The first clash will be held on 5th October against the group C topper. And after three days another clash against Norway will be taken place.

The NI boss speak about Germany that the game win over Germany being not so difficult and he believed that they have the ability to beat the four time champion. The world champions considering excess five point than the NI.

However, Germany leading the group C and to defeat them not an easy task for NI. If the NI could not win over them they have to face play-off round. But the team manager believes that they need not to face the play-off round. And his belief very solid about his squad. Here we disclosed the full squad.