Belgian Midfielder Marouane Fellaini was slammed by Gary Lineker & the United fans after putting up a horrible display. United were hold 1-1 at the Goodison Park by the host side Everton on Sunday evening.

Manchester United were leading at the Goodison Park after a marvelous finish from Zlatan Ibrahimovic on the 42nd minute of the first half. Although Spaniard midfielder Ander Herrera’s shot hit the post on the 6oth minute but everything was going okay till the mid 80.

Fellaini replaced Armenian playmaker Henrikh Mkhitaryan on the 85th minute as the Special One brought him on, just with 5 minutes of normal time to go. Coming in the pitch, the Belgian midfielder fouled Everton midfielder Idrissa Gueye in the box on the 88th minute. Referee Michael Oliver booked him straightway & pointed for a penalty. Fellaini’s unnecessary foul conceded a penalty which was converted to a line levelling goal by the English fullback Leighton Baines on the 89th minute, with just 1 minute of normal time left on the clock. United were forced to lose 2 valuable points which costed them much. 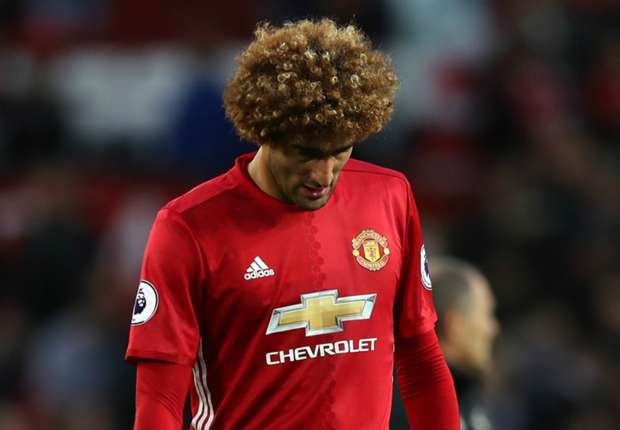 Former English footballer Gary Lineker slammed Fellaini through his Twitter status after the game. The former Barca striker labelled Fellaini’s performance as one of his best performances so far for Everton! Former Everton player Fellaini was actually slammed through this hilarious comment as it produces a great mockery.

Fans also criticized the midfielder after his horrible performance. Many of the fans directly addressed him as a donkey. Fans reacted furiously through the Twitter, Facebook & other social medias. Some fans even questioned Mourinho’s decision to pick him. United fans were angry & frustrated after drawing an important game, in which they played really well.

This was Fellaini’s 100th appearance for the Red Devils. The Belgian appeared in 14 matches for United this season under the Portuguese coach Jose Mourinho. Fellaini was signed by the Red Devils under Scottish coach David Moyes on September 2, 2013. United paid Everton £27.5 million for Fellaini as the Belgian headed to the Old Trafford as a deadline day transfer. He appeared in 21 matches for his club on his debut season. In the 2nd season, he took part in 31 matches & netted 7 times under the Dutch coach Louis Van Gaal. Last season the 29 years old played in 34 matches & scored 4 goals for the Red Devils.

Fellaini’s foul conceded a penalty which costed Man Utd 2 vital points & the gap between the table topper Chelsea & Man Utd is now 13 points. United remained in the 6th position in the league table though.